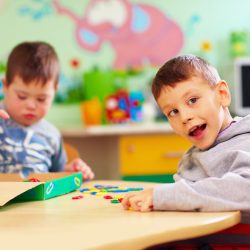 The report, called “A Decade of Shortchanging Students with Disabilities“, demonstrated from 2009 to 2019, Pennsylvania school districts increased spending on special education by $2 billion.

But in that same period, state spending on special education increased by only $110 million.

The Education Law Center called for annual increases of $100 million dollars or more in state spending on special education over several years to meet the growing costs.

Klehr added the declining state share of special-ed funding, down from 32% to 22% over ten years, has a disproportionate impact on students of color.

“Hard hit by the underfunding are Pennsylvania’s Black and Latinx students who are historically underserved and are concentrated in the lowest-wealth districts in the state,” Klehr asserted.

She explained the rising cost of special ed reflects the response of school districts fulfilling their legal requirement to meet the needs of a growing population of students.

Klehr noted more than 300,000 Pennsylvania students receive special-education services, and the state’s shrinking share of funding for those services is only part of the story.

“The problem is compounded by the fact that increases to state basic education funding have also been very limited, which also impacts students with disabilities,” Klehr maintained.

The state chips in only 38% of the cost of public education in Pennsylvania, one of the lowest funding rates in the entire country.