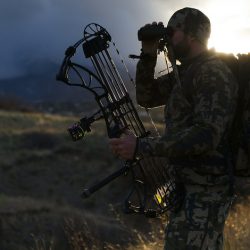 Until recently, the number of people who hunt or fish has fallen, both in Pennsylvania and nationwide. And yet, most state wildlife management is funded by hunting and fishing licenses and taxes on firearms and ammunition.

In the Keystone State, those fees make up more than half of the state Game Commission‘s revenue. But Samantha Pedder, director of operations for the Council to Advance Hunting and Shooting Sports, noted participation in hunting has been declining since the 1980s.

“The lower the number of people participating, the lower funds derived to fund conservation,” said Pedder. “So, the loss of a hunter on the landscape is detrimental to conservation in Pennsylvania.”

Pedder has been working with Artemis, a project of the National Wildlife Federation, to help raise the number of women who hunt and fish.

People who fish and hunt also provide vital observations about wildlife habitat. Aaron Kindle, director of sporting advocacy at NWF, pointed out that many return to the same spot, year after year, getting an inside view of what’s happening in the landscape.

Pedder said in Pennsylvania, the Game Commission has taken steps to reverse the decline in these sports with what they call “R3 activities” – to recruit, retain and reactivate hunters.

“The agency, and partners like National Wildlife Federation and the Artemis program,” said Pedder, “have done a lot to try to revisit how hunting occurs in the state, to keep people active and give them more time to be outdoors.”

Efforts in Pennsylvania include relaxing the state ban on Sunday hunting, and holding mentored outings for young people and women who are first-time hunters.