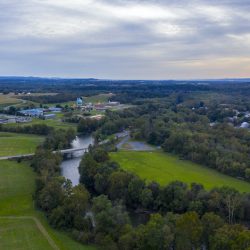 The 2020 State of the Bay report showed that four of 13 key indicators of bay health have declined, but most water-quality measures showed some improvement.

Of the six watershed states, Pennsylvania still is the largest source of sediment and nutrient pollution flowing to the bay. However, according to Shannon Gority, Pennsylvania executive director of the Chesapeake Bay Foundation, the federal Environmental Protection Agency approved a state plan that is underfunded by $324 million a year and falls far short of pollution-reduction goals.

“We want to see them step up, helping identify funding,” she said, “but also making sure that it’s a priority for the state to make sure that the administration can implement the watershed improvement plan.”

She said the federal government could help by including money for agricultural and environmental infrastructure in COVID relief plans.

“These investments in clean water are not only going to advance soil health, keeping soils and nutrients on the land instead of in the water,” he said, “they also are going to restore local rivers and streams and the Chesapeake Bay.”

He called investments in proven methods to reduce farm runoff into rivers and streams a “win-win-win” for Pennsylvania’s economy, environment and way of life.

Gority noted that Pennsylvania farmers are willing to invest their time, land and effort to protect waterways, but they can’t pay for it on their own. She said the state could help by providing a cost-sharing program.

“That would work with the farmers to support them in implementing some of these best management practices,” she said, “like riparian buffers and various types of regenerative agricultural programs.”