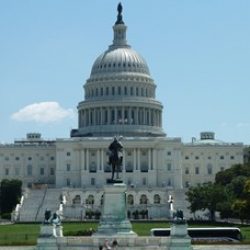 Following the breach of the US Capitol on January 6, 2020, and unrest in Washington D.C., City of Reading and Berks County elected officials have issued the following statements:

City of Reading Mayor Eddie Morán: “We should all join hands in solidarity and pray for peace, not just in the streets of Washington, D.C., but throughout our nation.

President-elect Joe Biden’s victory has been legally certified in all 50 states.

Now is the time to put aside differences and come together for the sake of healing. Let us put all of our energy and resources into defeating COVID-19 and reviving our economy for the benefit of all our families.”

Reading City Council: “The City Council of the City of Reading wholly condemns the intimidation and the desecration of the United States Capitol by a violent mob on January 6. We applaud the determination of the United States Senate, House of Representatives, and Vice President Pence to continue to conduct the business of the people by completing the Electoral College process.

May we all do our best to understand our differences of thought and our diversity as well as simultaneously understand and treasure the commonality of democratic purpose that has enabled our United States of America to thrive for more than two centuries.”

From Commissioner Christian Y. Leinbach, Chair:
“There is no defense for the violent incursion on the United States Capital that occurred yesterday, January 6, 2021. The people that participated in this breech should be prosecuted to the full extent of the law. Their actions were an attempt to violate the constitutional process of a peaceful transition of power. There also can be no doubt that the President must be held responsible for his incendiary rhetoric that led up to this black mark on our American history

I am equally angered as I am saddened. As I watched news reports yesterday, I was appalled. The constitutional process of transition has been a peaceful process throughout our history despite some extremely bitter Presidential races and other national crises. Yesterday the world watched as a symbol of freedom and liberty was overrun by a lawless mob. Today my prayer to God is that once again He would shine His grace and mercy on this nation.”

From Commissioner Kevin S. Barnhardt, Vice Chair:
“No words can describe what occurred yesterday. It’s incomprehensible to see what happened in our nation’s capital. Peaceful transition is what we’re about. We’re the pride of the world with our democracy. This is no way to grieve your government. This is no way to say you don’t like an outcome or you don’t like what’s taking place. You do it in a proper and dignified manner. That’s how things change here in our country, even at the local level.

We’re all here to do the people’s work – townships, boroughs, cities, counties, states and the federal government. It’s not always the outcome you expect or what you like to see but, sooner or later, these things are done, and the majority is done for the betterment and improvement of our community, our state and our national government.

Under the backdrop of the continuing stress we face as a nation, with yesterday alone another 3,800 COVID-related deaths, and the devastation this has put on everyone’s families, their friends, businesses and communities, we’ve got big issues to deal with. We’ve got to put this aside. We have to move on, and we have to do what’s right to get us back to where we are the pride, of not just the world, but of ourselves and the pride we have as Americans. I was embarrassed to be an American yesterday.

Here at the County, the Commissioners work together despite being from different sides of the aisle. We don’t always get what we want or what we think the majority of people expect from us, but we work it out together. We do it together in a way that we understand why we’re here. We’re here for the people. God bless the United States of America.”

From Commissioner Michael S. Rivera:
“This is not something that should have happened, especially here in our nation. This is something that has not happened before and I’m hoping and praying it is something that will not happen again. The transition must be peaceful. There’s a time for elections. The election is past, what has happened has happened. Now, as a nation, we have to look to the future. We need to pray. We need to come together, and we have to work together to be able to move forward as a nation.

As Commissioners, we have different political affiliations, but we are able to work together. We don’t agree on everything, but what we do agree on is that the three of us are here to serve our county and to do the best we can for the citizens of Berks County. That is what must be done at every level. Decisions must be made, not for you, but for the betterment of the office you serve and the people you serve. I’m hoping that we can come together and again work together for the betterment of our nation so that we can continue to move our nation forward and not ever have this happen again.”