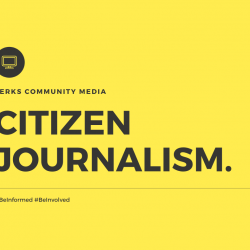 I counted 18 homicides in Berks in 2020. I derived this information from local media reports and obituaries. The coroner’s office reported 14 homicides in 2019.

Few actions are more grave than taking another person’s life. Killings are very rare in Berks, a generally safe and friendly place with effective social services and crimefighting.

Nevertheless, the murders in our community last year highlight troubles that could affect any of us – stress of a pandemic, conflict and resentments in our homes, the prevalence of deadly weapons, the stupidity of youth. It appears that many of the killers are not monsters but ordinary people.

Many killings were the result of domestic violence.

“It’s not surprising based on the increased pressure that people are experiencing as a result of the Covid crisis,” District Attorney John Adams told me.

In 2020, the homicide victims’ average age was 30. Two victims were baby girls. The oldest victim was a 76-year-old Vietnam War veteran. The coroner listed five deaths as motor-vehicle homicides, which I don’t include here.

Ten people were fatally shot. Four were stabbed to death. One baby was beaten. One baby was unintentionally smothered while sleeping with her father. Two victims died of burns and smoke inhalation after a woman set her home on fire.

As of Jan. 7, according to my searches of local news, police had suspects in 13 of the 18 deaths.

Rather than anger, the motive for one killing seemed simply cold-blooded criminal opportunity. A New Jersey man, wanted for shooting at police during the burglary of a city funeral parlor two weeks earlier, stabbed a 76-year-old man at his secluded home in Bern Township, dragged his body into the woods and ransacked the home before being stopped in a stolen car in Reading.

Fink, a decorated fighter pilot, had been stabbed six times and suffered a broken arm and clavicle. Police stopped Perez-Rodriguez in a stolen car July 16 in Reading and discovered that Perez-Rodriguez had bank cards and jewelry belonging to Fink. He also had cocaine, two knives, two handguns, a hunting rifle and a semi-automatic shotgun.

Police say at one point Perez-Rodriguez opened Fink’s door and surprised a neighbor who was returning Fink’s stray dog.

About two weeks before Fink’s killing, investigators said, Perez-Rodriguez fired a gun at a police officer responding to a burglar alarm at the John P. Feeney Funeral Home in Centre Park. The officer was not struck. Perez-Rodriguez escaped out the back.

Perez-Rodriguez was charged with first-degree murder and many other offenses July 29.

Fink graduated from Wyomissing High School in 1962. He served in the U.S. Air Force for 20 years, graduating from the Air Force Academy in 1966 and flying an F-100 Super Saber in Vietnam. He had a son and had been a foster father for other children. He also delivered books in the Reading Public Library’s bookmobile.

At least five homicides were domestic violence, in which people killed lovers or family members.

In unrelated incidents one day after the other in December, women stabbed and killed their domestic partners in Exeter and South Heidelberg.

On Dec. 13, police say, Jillian Blimline, 38, first told them that her fiancé, Chad Macwilliam, 39, had fallen on scissors in their home in South Heidelberg. She later admitted stabbing him with a kitchen knife and returning it to its rack. Police charged Blimline with murder. Their 4-year-old daughter was home. Blimline had been the aggressor in disputes with Macwilliam before two previous police visits, investigators said.

Macwilliam had worked for FedEx, enjoyed hunting and fishing, and belonged to a billiards league. According to his obituary, Macwilliam was a big Philadelphia Eagles fan. He left his mother, sister, brother, nieces and nephews.

After an unrelated but similar attack the next day, Terance M. Myers Sr., 35, was found stabbed to death in the upstairs bathroom of his Exeter home. Police had not charged anyone by the end of December. Berks District Attorney John Adams said in a news report that the Exeter and South Heidelberg killings were nearly identical.

On July 9, a man shot and killed his younger brother in front of his house in Colebrookdale after arguing about their mother, police say.

Ronald Wickizer, 59, got a revolver from his garage and shot Randall Wickizer, 55, in the head at close range. Before firing, Ronald said, “Randall, you’re going to stay the hell out of Mom’s life” and afterward, “They can take me, I don’t care,” according to a witness. The witness heard Ronald apologizing to his mother, saying he should have killed himself instead. Police charged Ronald with first-degree murder.

Randall was a member of the Pikeville Sportsman Club, the Boyertown Rod and Gun Club the Sleepy Hollow AC. He enjoyed hunting and vehicle projects and loved spending time with his family. Beside his mother, he left a daughter and two grandchildren.

In other domestic violence, a man killed his wife and himself in Reading on May 18.

Segundo Torres-Ortiz, 41, shot Melissa Gonzalez-Torres, 37, in the head in a second-floor bedroom about 2:30 p.m. and then shot himself. Family members were home. The couple had as many as five children, police said. Torres-Ortiz had recently been released from a prison sentence for violating a protection-from-abuse order, police say.

Gonzalez-Torres was born in Reading. She left her parents, five children, 12 siblings and four grandchildren.

In April, a 23-year-old man fatally stabbed his girlfriend, also 23, in his apartment in Boyertown. Austin Miller pleaded guilty to third-degree murder and was sentenced to 14 to 30 years in prison. During an argument, the couple struggled over a knife, and Miller stabbed Christina Blackburn’s throat and neck at least 11 times. Blackburn, a 2015 graduate of Tulpehocken High School and a 2016 graduate of BCTC, left a daughter.

In March, police say, a man beat his 11-week old daughter to death in Exeter. Giovanni Gomez, 28, was charged with first-degree murder. The baby had been shaken and struck and suffered brain, spine, eye and neck injuries while her mother was away, investigators said.

Police say another man was high on fentanyl when he accidentally rolled onto his 14-month-old daughter in February in Amity while they were sleeping together. Dylan M. Staines, 27, was charged with involuntary manslaughter.

Arson killed two victims. On March 4, Natalie Muniz, 23, started a fire in her Reading row house that killed two people, police said. Five firefighters were injured. Eleven people were in the home when Muniz, angry at her boyfriend, lit a woven wall decoration with a lighter. Police charged Muniz with involuntary manslaughter and other offenses.

Molina-Almendares had been homeless but had been invited into the home by one of the residents.

No motive is apparent in the death of Timothy Mohring, 36, fatally shot multiple times. A bicycle rider found the body of the Reading resident June 25 on a trail on a wooded slope in the Mount Penn Preserve. Adams told me the investigation is very active.

Anger in a bar parking lot led to the homicide of a young father. On Aug. 10, a Reading man shot Jamain Pink, 25, of Laureldale, about 1 a.m. during a dispute at the LIT Restaurant & Lounge, a BYOB night club in Muhlenberg. Another man was injured in the shooting.

Andres S. Keys, 36, of Reading, was charged in the shooting.

Pink had played basketball and football at Muhlenberg High School and was a criminal-justice major at Lincoln University, where he played football. He left behind a 2-year-old son.

Although media reports of homicides involving young men in the city do not mention drugs or gangs, Adams said many involve both.

“We absolutely see a connection all the time between drug dealing and violence,” he said. Youthful offenders unaware of the value of human life are “quick to pull the trigger.”

A young man apparently targeted Felipe L. Morales, 20, who died after he was shot in the back in the city in the summer. Police arrested Joshua J. Figueroa, 21, of Cumru, three days later in Vineland, N.J., and charged him with first-degree murder.

Security camera tape showed Figueroa driving up to a corner grocery store at 11th and Cotton streets about 1:10 a.m. June 15 while Morales was inside, and a passenger handing him a gun. Figueroa confronted Morales in the store, and then followed him down the sidewalk. An SUV veered onto the sidewalk in front of them, Morales and someone he is with ran around it, and Figueroa followed them. Police said a witness told them Figueroa then shot Morales.

Video helped police solve another city killing involving young men over the summer. Video is very helpful for investigators, most from security cameras at homes and businesses rather than city-run cameras, Adams said.

Albert Pena-Pena, 26, of Shillington, was fatally shot in the 1200 block of Church Street about 11 p.m. on Aug. 18. Another person was wounded in the head and shoulder by gunfire.

Police charged Joewel Keita, 22, of Mohnton, and Devon Starr, 21, of Reading, with first-degree murder. Security camera video showed a male with his hood pulled up walking on the sidewalk past the victims. As the victims got into the vehicle, the shooter pulled out a gun and fired four times at the vehicle, turned and ran.

Pena-Pena was born in Santiago, Dominican Republic. He had worked as a fork lift operator at Brentwood Industries. He left a daughter, a sister and a brother.

Four recent killings, including the final homicide of 2020, are unsolved.

About 10 p.m. on Sept. 7, Christopher Ortega, 17, of Reading, was fatally shot in the 200 block of South Ninth Street. Few details were released. The Reading Eagle wrote two stories, totaling 190 words, about the murder of this teenager.

About 3:15 a.m. Nov. 2, Jareil Sudler, 19, was shot and killed at the corner of Third and Washington streets. The eight shots woke me up in my nearby apartment. Local media had very few details.

According to his obit, Sudler had a large and close family, with eight siblings. Ja’Reil “Jay” Tismal Sudler, 19, loved basketball, football, boxing, and anime. His favorite show was Dragon Ball Z.

About 10:40 p.m. on Dec. 10, Victor Raymond Aguirre Jr., 18, of Laureldale, was fatally shot multiple times in the 300 block of Church Street. Police said the killing was not gang related but that Aguirre had been targeted.

About 1:15 p.m. on December 17, Dominique Lane, 28, of West Reading, was fatally shot while driving with his mother in the 500 block of North 12th Street. His mother wasn’t injured.

Lane left behind his parents, step-parents, eight children, two brothers, two sisters and many other relatives.

But local media give many of these crimes scant attention, as rare and serious as they are. The public deserves to know more about why people commit such extreme behavior. That would help create a society that can better prevent it. 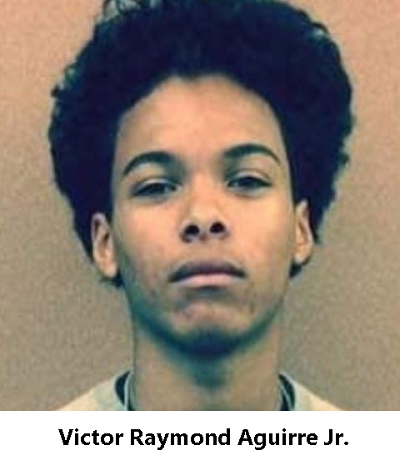 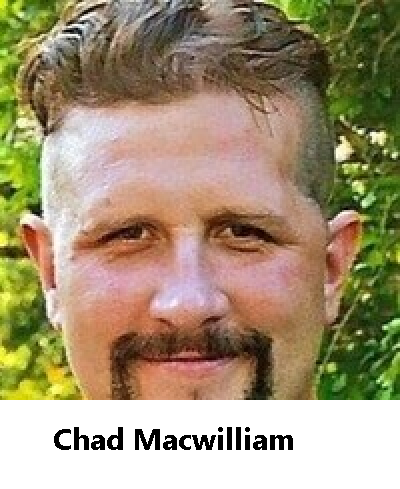 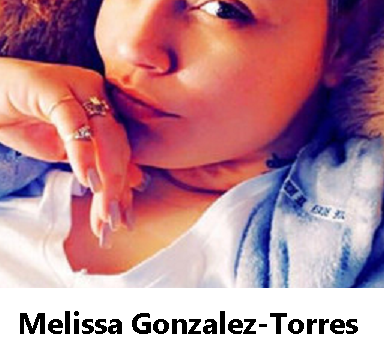 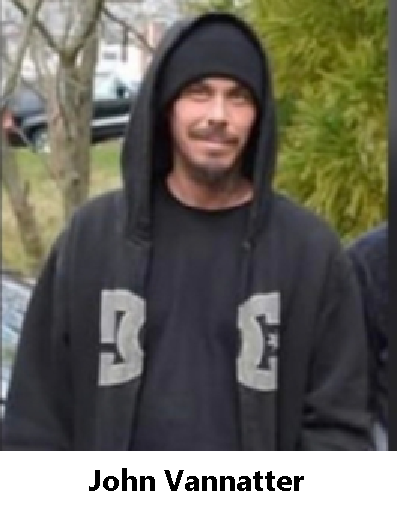 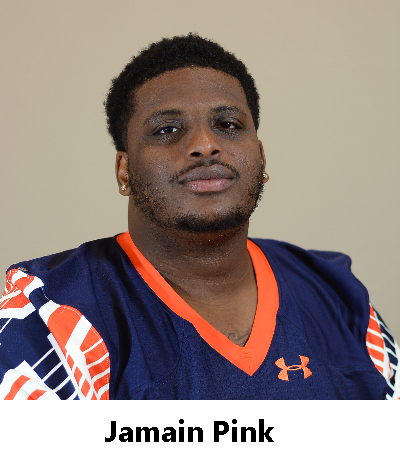 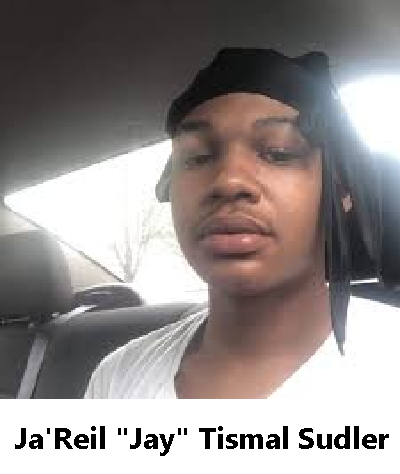