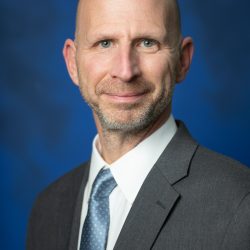 “Jim brings more than 25 years’ experience in health care, including executive leadership within an ambulatory surgery and surgical hospital system,” said Joseph Frank, interim president. “As part of our senior leadership team, his experience will be essential as we develop our clinical and operational initiatives, particularly as we emerge from the shadow of COVID later this year.”

Prior to joining St. Joseph, Bennett worked for United Surgical Partners International, Addison, Texas. He joined the organization in 2014 as administrator of Hershey Outpatient Surgery Center, an ambulatory surgery center jointly operated with Penn State Health at 15 Hope Drive, Hershey. In 2017 he became CEO of the Surgical Institute of Reading, Wyomissing, Pa., where he was responsible for more than 200 staff members and the operations of a surgical hospital, an ambulatory surgery center and three outpatient physical therapy centers. While under Bennett’s leadership, the Surgical Institute of Reading received the Distinguished Guardian of Excellence Award for exceptional patient experience, was recognized by Healthgrades as a Top 100 Hospital for Total Joint Replacements and Safety and earned a five-star quality rating from the federal Centers for Medicare & Medicaid Services.

Bennett began his career in health care in 1994 as a nurse, eventually joining Penn State Health Milton S. Hershey Medical Center in 2003 as a staff nurse in the surgical intensive care unit. Two years later he became clinical head nurse of the post anesthesia care unit, and from 2007 until 2014, he was nurse manager of a 44-bed post-operative surgical floor and a 14-member nursing vascular access team.

Bennett serves as a member of the Greater Reading Chamber Alliance. He earned both a master’s degree in health care administration and a bachelor’s degree in nursing from Penn State.  He is currently completing the requirements to become a Fellow of the American College of Healthcare Executives.