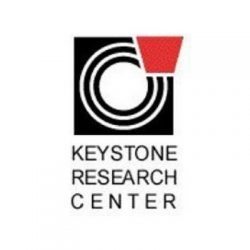 Harrisburg, PA: The Political Economy Research Institute (PERI) released a report Thursday showing that the ReImagine Appalachia (RA) blueprint could create a quarter million new jobs statewide in Pennsylvania. The report, released in partnership with Keystone Research Center, Pennsylvania AFL-CIO, IBEW, and PennFuture, comes just days after job numbers showed Pennsylvania down half a million jobs since Feb. 2020, and the day after President Biden issued an Executive Order which outlined support for many of the policies included in the ReImagine Appalachia Blueprint.

At the virtual press event, President Rick Bloomingdale of the Pennsylvania AFL-CIO said, “ReImagine Appalachia’s bold vision can give hundreds of thousands of workers in our state good union jobs—in clean manufacturing and building electric vehicle charging stations, laying high-speed broadband and upgrading to a smart grid, in sustainable transportation and cleaning up brownfields.”

In a comment provided in advance of the press conference, Pennsylvania Governor Tom Wolf said:“This report on the jobs impact of ReImagine Appalachia’s blueprint makes clear that Pennsylvania’s Congressional delegation needs to lead the charge for a climate infrastructure plan that will deliver opportunities to our workers. We also need to work in a bipartisan way in Harrisburg to use resources from Washington effectively and add some of our own.”

Harrisburg area IBEW business manager Rob Bair described recent solar projects in the capital region that have employed hundreds of the electricians in his local union. Bair added, “We need an aggressive stimulus from Washington that grows wind, solar, micro-hydro, and manufacturing jobs. And we need to target the resources to economically depressed parts of our region. Aggressive climate action is a big win for jobs, and now we have the broad coalition we need to get this done.”

Expand Opportunity through Public Investments: The Reimagine Appalachia blueprint would drive federal resources into Appalachia for infrastructure improvements, attach requirements for strong wages, benefits, and union rights, and ensure that people of color and former coal workers can access the good union jobs that result.
Repair Damage Done over the Last Century: With federal resources, we can put an estimated 9,000 people to work plugging orphan gas wells, repairing pipeline leaks, fixing dams and levees, and repairing damaged and dangerous lands.
Modernize the electric grid: By upgrading our antiquated electric system, decentralizing
generation, expanding broadband, and making our homes and businesses energy efficient, we can cut emissions, save money, and create 156,000 new jobs.
Expand Manufacturing by Making it More Energy Efficient and Clean: Federal investments can create 18,000 high-wage jobs in energy-efficient manufacturing and by repurposing shuttered coal plants, turning them into eco-industrial parks.
Build a more sustainable transportation system: By laying rail, expanding infrastructure for
electric vehicles fueled by renewables, and investing in public transit, we can create policy and
investment can create 16,000 jobs for transit and trades workers.
Relaunch the Civilian Conservation Corps: We can absorb carbon and create nearly 57,000 jobs by planting trees, restoring wetlands, and helping farmers adopt sustainable methods. This includes jobs in revitalized CCC with pathways to family-sustaining jobs for currently unemployed and teturning citizens caught up in the “war on drugs” and the opioid epidemic.

State Representative Sara Innamorato (HD-21) said “This report is a guide for me and other legislators as we examine the future of our commonwealth. We need this investment in renewable and sustainable manufacturing, as well as energy production, to meet our climate goals and for the long-term viability of our economy.”

In his remarks, the study’s first author, Robert Pollin of PERI at the University of Massachusetts Amherst said, “This study examines a recovery program for Pennsylvania that would counter the region’s potential economic collapse in the short run while also building a durable foundation for an economically viable and ecologically sustainable longer-term recovery.”

Economist Stephen Herzenberg of Keystone Research Center highlighted that PA lost 38,000 jobs in December and more than half a million since February 2020. “Many of the 250,000 jobs our plan would create can be performed safely outside today. It’s the perfect recipe for our state.” Herzenberg added “We can hit the trifecta with a climate infrastructure plan: grow our middle class, address the climate crisis, and take a big step forward in the battle for racial justice.”

Jacqui Bonomo, President and CEO of PennFuture said: “This report signals a bright future for workers in Pennsylvania. When forces like labor, green economy champions, social justice groups and elected officials come together and commit to shape a future focused on good-paying careers in sustainable industries and sectors that advance climate resiliency, we are witnessing the start of a transformation.”

In mid-2020, the ReImagine Appalachia Coalition released a policy blueprint to create a vibrant region for all people, whether they are white, Black, Brown or Indigenous. The blueprint envisions an Appalachia where everyone is paid enough to support themselves and their family, future generations can put down roots, and all people have clean air to breathe and water to drink. Over 100 diverse organizations have now endorsed the ReImagine Appalachia blueprint.

Get more information on the coalition website here: https://reimagineappalachia.org/