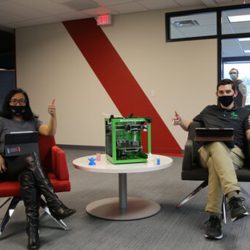 Verde Mantis, a coworking company that emerged from the Penn State Berks LaunchBox, is partnering with TheGeekGrid Studios to bring a Fallout 76 life-size suit of armor to life in preparation for the upcoming PA S.T.E.A.M. Fest on August 21-22. Fallout 76 is an online action role-playing game developed by Bethesda Game Studios. Players explore the open world, which has been torn apart by nuclear war.

“We are honored to announce our partnership with TheGeekGrid Studios on a project dedicated to the T60 Armor set in the popular video game, Fallout 76. This project will highlight the Mantis 3D Printer and its ease of use, which allows creators and makers to create projects faster and easier than ever before,” explained Joe Sinclair, founder of Verde Mantis. “This is an amazing opportunity for two local companies to work together to highlight the elements of 3D printing, gaming, cosplay, and STEAM creativity, all wrapped in one.” 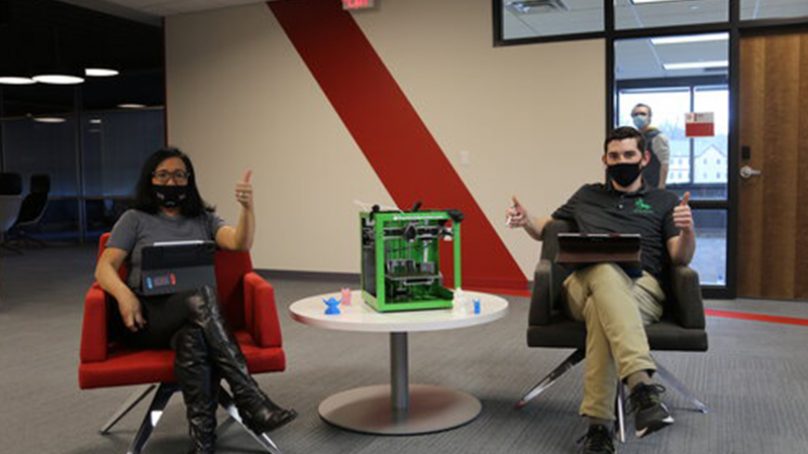 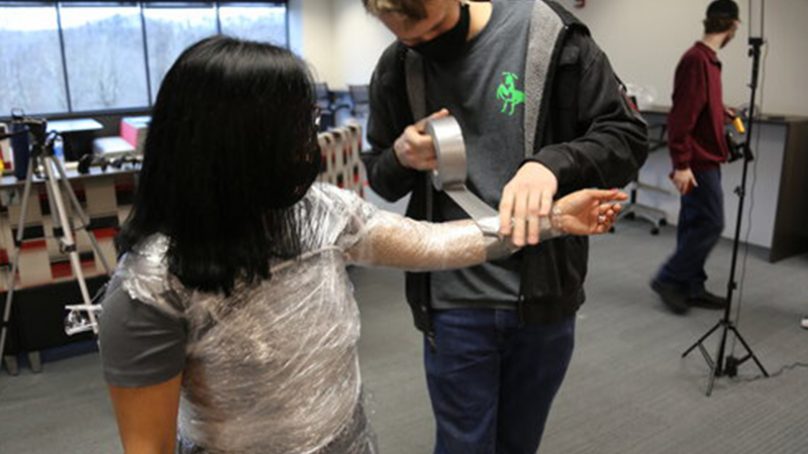 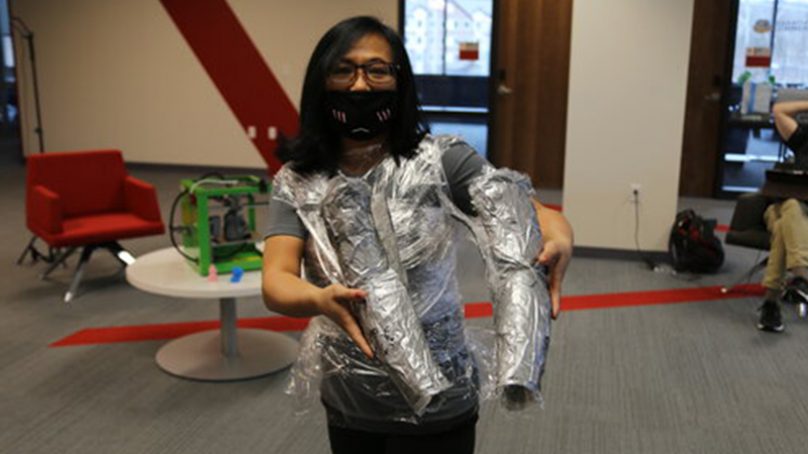 Kat Mahoney is pictured with a cast of the armor.

In this collaboration, Verde Mantis will use its expertise in 3D printing technology, 3D modeling, engineering, and print finishing and painting, while TheGeekGrid Studios will provide knowledge of gaming and cosplay to guide the replication and creation of the life-size T6 Armor. The two companies plan to document their journey, from designing, printing, and replicating the armor, through live feeds, blogs, and videos. Their goal is to help cosplayers bring their own creations to life.

TheGeekGrid Studios, formerly known as WeDiscoverGeeks, was founded in 2013 by Pat Mahoney in order to provide information to parents, educators, and community members on the positive effects of today’s video games, social media, and STEAM education.