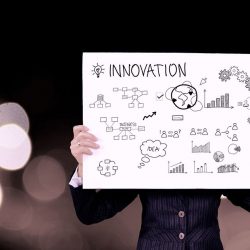 A weeklong series of workshops, presentations, and panels are offered each March at no cost.  For several years, the Northeast Berks Chamber of Commerce has been and is a planning partner for the Family Business Panel and the Women’s Panel.

Lindsay Sokol Szejko is CEO/Owner of Solo Laboratories in Kutztown.  She graduated in 2005 from York College with a BS in Criminal Justice and joined SOLO in 2005 in Customer Service. SOLO was founded by Lindsay’s father, Barry Sokol, in 1983. From 2005-2016 Lindsay held various positions in the company from Customer Service to Sales and Marketing.  In 2012, Lindsay relocated with her family to Austin, TX, to gain business for SOLO and investigate potential for a second location.  Three years later, she returned to home base of SOLO in a sales role.  In 2017, she was named President and CEO in 2018. Lindsay works hard to keep the company on track with the same vision and mission since its founding to “serve others, love others.”

Missy Wilson is co-owner in Setter Ridge Vineyards LLC with her four siblings and parents.  Growing up in rural Berks County and going to college at Bucknell University in rural Lewisburg led her to move to the Washington DC area after graduation with her BS in Mathematics.  After four years working in an accounting department, she moved back to Berks County to help in the daily operation of then-named Blair Vineyards.  In the time since, Blair Vineyards had expanded and opened a new tasting room just north of Kutztown.  Now growing over 30 acres of grapes, they are working their way to becoming an Estate Grown winery.  Blair Vineyards rebranded its wines under a new label of Setter Ridge Vineyards a few years ago.  Setter Ridge Vineyards has been an active member of the Northeast Berks Chamber since 2010.

Jamey Maack is president and co-owner of Industrial Metal Plating, an aluminum finishing company located in Reading.  Jamey is a graduate of Elon University, where he received a Bachelor of Science in Business Administration degree.

After graduation, Jamey relocated to Reading, where he began learning the family business from the ground up.  That eventually led to him to becoming president in August of 2009.  He modernized the plant technologically, added new LEAN production processes, and implemented the current business practices.  Industrial Metal Plating is a successful family business that currently employs 60 people. 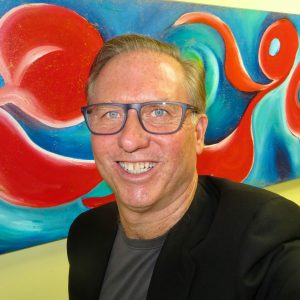 Barry L. Schlouch is Founder and President of Schlouch Incorporated (SI), a 285-person site design and heavy civil construction firm headquartered in Blandon.  The firm provides total site preparation services throughout Eastern Pennsylvania and surrounding states. It was ranked number one among large companies by the Best Places to Work in Pennsylvania in 2000. Their web site is www.schlouch.com.

Barry is author of the book “Excellence In Construction” and is a popular speaker at corporate meetings, trade shows, and conferences.

Before founding SI in 1983, Barry was vice-president of Rubright Construction, Inc. in Shoemakersville, Pennsylvania.  Earlier, he held survey and crew positions with Robert Ludgate & Associates of Reading and J.E. Breneman Contracting Engineers of Philadelphia.

A member of the Young Presidents Organization, Barry has participated for 13 years in the Executive Education Program designed for that group by Harvard University and has achieved alumni status.  He also attended Penn State University and Lehigh County Community College and completed a two-year Executive Leadership Program at the Wharton Business School.

To access the one-hour Family Business Panel, use these credentials:  https://kutztown.zoom.us/j/96902594241

To learn more about membership in the Northeast Berks Chamber of Commerce, contact Lori B. Donofrio-Galley, Executive Director, at 610-683-8860, or visit www.northeastberkschamber.com.