Happy St. Patrick’s Day to the One Out of 10 Americans Who Claim Irish Ancestry 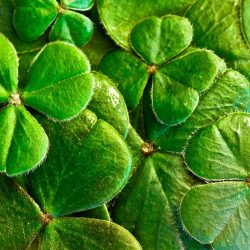 Residents With Irish Ancestry Are in All 3,142 U.S. Counties and Make Up 20% of the Population in Some

And when it comes to U.S. presidents, including current President Joe Biden, exactly half (23) trace some of their roots to Ireland.

Not surprisingly, the most Irish states are in New England and are geographically connected.

However, the five states with the most smiling Irish eyes are the nation’s most populous: California, New York, Pennsylvania, Florida and Texas. But none of these states have the highest percentage of people with Irish ancestry.

Visiting he interactive U.S. map of Irish ancestry will make Irish eyes smile wider when they zoom in to the county level. The map shows counties that are 20% or more Irish (dark green) and ranges down to less than 5% (light green). Hover your mouse over any county to see its name, the state it’s in and the share of its population that is Irish. In the top left corner, select a state to zoom in to for a better view of counties in that state.

Of the 10 counties with the largest population of Irish ancestry in the United States, Los Angeles County — the nation’s largest — has the smallest (3.6%).

Two counties in Montana are small but very Irish: Silver Bow County at 28.4% and Deer Lodge County at 25.4%.

Derick Moore is a senior communications specialist at the Census Bureau.

Gerson Vasquez and Ryan Dolan are data visualization leads at the Census Bureau.