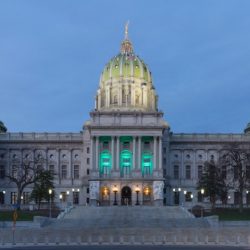 Some lawmakers want to add an amendment known as a “Taxpayers’ Bill of Rights” to Pennsylvania’s state Constitution, but fiscal experts say it would cripple the state’s ability to respond to its residents’ needs.

The amendment, nicknamed TABOR, would limit increases in General Fund spending to a combination of inflation and population increases, averaged over three years.

But critics say the state budget in the past 11 years has been only 0.2% over that rate of increase.

Marc Stier, director of the Pennsylvania Budget and Policy Center, said TABOR would block the state from addressing critical issues, from crumbling infrastructure and inequities in education funding to property-tax relief.

“The problem with TABOR is, no matter what you want the government to do, it would stop it, because we would not be able to raise spending to deal with the serious problems we have,” Stier contended.

He added it also would prevent the state from responding to emergencies.

Supporters of the amendment say it would protect taxpayers and stabilize budget growth at a reasonable level.

But spending doesn’t rise equally for all portions of the budget. Stier noted right now, TABOR would limit budget spending increases to 2.2%, but Medical Assistance costs have risen by just over 6%.

“So unless someone has a miracle to fix spending increases on medical-care costs and long-term care costs for our seniors, we’re going to start having to cut funding for them if this plan goes into effect,” Stier asserted.

He pointed out if Medical Assistance spending is excluded, the rest of the budget has risen at a rate far below the limit that TABOR would impose.

Taxpayer Bill of Rights legislation has circulated among states for several years, but of the 30 states that have considered those bills, 29 have rejected them.

Stier argued Colorado, the one state where it passed, has suffered as a result.

“Colorado’s funding for K-12 education and for higher education was once about at the middle of the pack,” Stier observed. “Now it’s down at the bottom. Colorado’s been unable to deal with vaccinating people, even before this pandemic, because their public-health funding declined.”

To go into effect, the Taxpayers’ Bill of Rights would need to pass both houses of the General Assembly in two consecutive sessions, and then be approved by voters.