Many American Households Use Stimulus Payments to Pay Down Debt 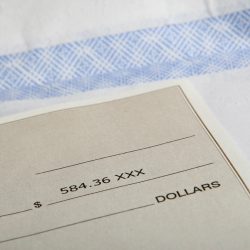 Americans are poised to receive a third round of stimulus checks through the new American Rescue Plan Act and data from the Census Bureau’s experimental Household Pulse Survey show past stimulus payments helped ease financial hardship during the COVID-19 pandemic.

The first round of COVID stimulus payments of up to $1,200 per adult and $500 per child began reaching households in April and May 2020.

According to the survey, around a quarter of adults in those households were still using those payments to pay for usual expenses as of the first half of June 2020.

But Household Pulse data also suggest many households may have accumulated debt to make ends meet. Roughly 30% of adults reported using credit cards, taking out loans or borrowing from family and friends between June and December to pay for usual expenses such as food, housing and gas.

Credit card use is common but recent research has found the pandemic changed Americans’ credit card habits and reduced discretionary spending. However, Household Pulse data show that as the pandemic lingered the number of people who reported using borrowed money and not regular income to pay their weekly expenses increased.

In June 2020, 33.7 million adults were using debt but not income to pay their expenses. By late December, that number had jumped to 43.7 million adults, including 34.0 million living in households that suffered a loss of employment income since the start of the pandemic.

Financial Hardships as Pandemic Drags On

Household Pulse Survey data include other markers of increasing hardship over the course of the pandemic.

By late summer, 76.5 million adults reported that it was somewhat or very difficult to pay their usual expenses. That number rose to 89.7 million adults in December.

However, the arrival of the second round of stimulus payments in January — $600 for most adults and children — appears to have reduced stress over households’ ability to pay bills. As of early January, the number of all adults in households struggling to cover usual costs had dropped to 80.5 million.

Americans also appear to be using the second stimulus check to pay down debt.

Only 15.7% of stimulus recipients reported using their first check to reduce debt but about half of all recipient adults used their second one to do that.

About 60% of adults in households that experienced a loss in employment income during the pandemic used their second stimulus check to pay down debt.

The new coronavirus relief package will provide much larger benefits — as much as $1,400 per person — in coming weeks. Pulse survey data show that households are struggling financially, with roughly 13 million adults reporting no confidence in their ability to pay their next month’s rent or mortgage. In this context, the data also show that stimulus checks are being widely used to pay basic expenses and to cut debt.

The Household Pulse Survey is an ongoing survey providing near real-time data about the well-being of American households during the pandemic. Future analyses of these data will provide important insights into the impact of the newest round of stimulus payments.