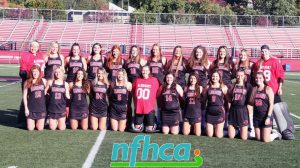 Albright has garnered numerous academic accolades during the month of March from the NFHCA. The team saw 15 of its student-athletes be named to the NFHCA/ZAG Field Hockey DIII National Academic Squad, and four earn NFHCA Scholar of Distinction status.

The Lions will open their four-game exhibition spring season this Thursday, April 1st as they will host Misericordia at 3 p.m.