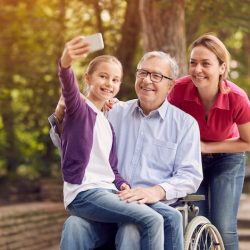 The COVID pandemic has shown that the lack of a paid family-leave system has devastating consequences for families, public health and the economy, according to backers of the idea.

The United States is one of the few countries without a national paid-leave policy. That means workers faced with a family medical emergency or an infant needing care risk losing their income to meet their family’s needs.

Heather Arnet, chief executive of the Women and Girls Foundation of Southwest Pennsylvania, said the pandemic has exposed the current system as inequitable, inefficient, unhealthy and unsustainable, especially for people of color.

“Black and Brown communities were disproportionately at risk to become critically ill with COVID-19,” she said, “and yet 40% of people of color have no access to paid leave.”

The Family Care Act, a state family and medical-leave bill, is being reintroduced in the General Assembly with bipartisan support, and Arnet said there is strong support for national paid-leave legislation. It’s expected to be part of the next phase of President Joe Biden’s infrastructure plan.

When the pandemic began, said Dawn Huckelbridge, director of the Paid Leave for All campaign, one of the first things Congress did was pass a temporary paid-leave program. Now, she said, Congress needs to go further in the next big economic and infrastructure package.

“We must include a comprehensive and permanent federal paid-leave policy to rebuild the care infrastructure in this country,” she said, “and to have an equitable economic recovery.”

Polling has shown that an overwhelming majority of voters, including 86% of Republicans, say all workers should have access to emergency paid sick, family and medical leave.

Twelve states already have passed family and medical-leave legislation based on similar models that require no employer contribution. Arnet noted that some large corporations have their own paid-leave policies, but small businesses can’t afford them.

“This kind of legislation – like the Family Act here in Pennsylvania – is exactly the kind of thing we need that can support families and also, workers and businesses,” she said.