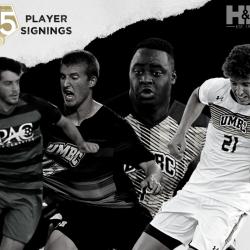 Jackson Becher was rostered on United’s 2019 squad, but did not see any playing time. During his time at UMBC, Becher has played in 41 games, starting eight at the forward position. While at Lower Dauphin prior to college, he was named a United Soccer Coaches All-American in addition to his Pennsylvania Soccer Coaches Association Male Player of the Year honors in 2017. 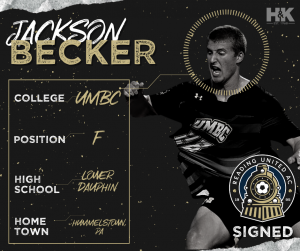 Ryan Becher is a playmaker in the central midfield, named to America East Conference’s All-Rookie team in 2019. He has started all 24 games he’s appeared in for the Retrievers, scoring five goals with five assists. The YSC Academy graduate and Philadelphia Union Academy alum played in 16 games with the Union’s U18-19 squad. Becher also touts All-State honors during his time at Lower Dauphin, where he paired with his older brother for two state titles. 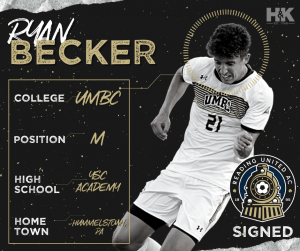 Jones returns to Reading after seeing time in the 2019 season. Quantrell played in one game, picking up a shutout against Evergreen FC while making six saves. He has been a mainstay in net for the Retrievers, starting 31 out of 36 games since entering as a freshman. Jones sports a 1.16 career goals against average while pitching 10 shutouts. He previously spent time with the US U17 National Team on a squad that made the semifinals of the U17 World Cup. 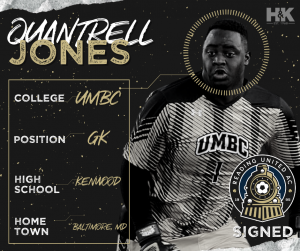 Sacarellos is a York, Pa. native who played at Dallastown and PA Classics. Mackie came on strong for UMBC during the latter part of their 2021 season, seeing time in the final five games. Prior to college, he was a mainstay on the PA Classics backline, starting 18 of his 22 appearances on the U18/19 squad while scoring two goals. He’ll add depth as an outside back for Reading this season. 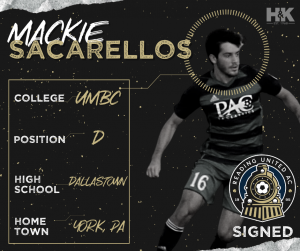 Reading United kicks off their season this Saturday evening with a road trip up 222 to face Lehigh Valley United. The team will then face West Chester United on Wednesday before returning for their home opener against NOVA FC on Friday, May 21st. Season tickets are only $25 and include all seven home dates. Tickets are available at readingunitedac.com/tickets.