by the Office of Senator David G. Argall 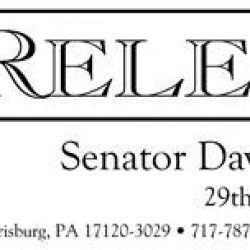 The Senate State Government Committee held its first hearing of the 2021-22 legislative session on congressional redistricting, according to Senator David G. Argall (R-Berks/Schuylkill), who chairs the committee.  The committee heard testimony about the science of map-making, demographic trends in rural and urban areas of the state, and recommended map criteria.

“One of my goals as the chair of the Senate State Government Committee is to begin to roll back the hyper-partisan gerrymandering sins of the past,” said Argall.  “We need to ensure that all Berks County communities can have their voices heard in Congress and are not broken up for partisan gain.”

Senator Argall stated that the following were his key takeaways from the hearing:

New congressional maps are drawn by the State Government Committee every ten years after the completion of the Census.  This decade’s redrawing process comes with even more controversy than normal, because Pennsylvania’s lagging population growth led to the loss of one seat in the House of Representatives.

To read the testimony presented or to watch the hearing in its entirety, visit the following link to the Senate State Government Committee’s website:   https://stategovernment.pasenategop.com/sg-052621/