A Preview of 2021 Construction Season in East Central Region 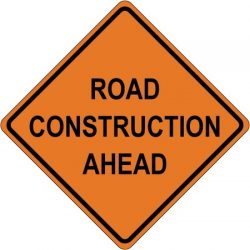 Over 30 projects were highlighted as the Pennsylvania Department of Transportation (PennDOT) announced work that will take place across District 5’s six-county region during the 2021 construction season.

“The importance of good roads and bridges cannot be overstated,” said Governor Tom Wolf. “This work will ensure continued delivery of goods and services to hundreds of thousands of Pennsylvanians and keep the region’s economy thriving.”

“Our highway and bridge improvement program is designed to provide safe and convenient travel across the region,” Acting District 5 Executive Chris Kufro said. “Improved travel is vital to quality of life for area residents and for the efficient movement of goods, and this year we will see over $130 million invested in new road and bridge construction projects, as well as more than $400 million invested in continuing projects like our Interstate 78 improvements in Berks, Lehigh and Northampton counties.”

Notable projects that started or will continue this year include:

Notable projects that are expected to begin this year include:

As construction projects are underway in the region, the traveling public can anticipate seeing many work zones and are urged to keep their safety and the safety of highway workers in mind. When encountering a work zone, please drive the posted speed limit, turn on your headlights, pay close attention to signs and flaggers, and avoid all distractions. In high traffic locations, motorists are encouraged to use both lanes of travel to the merge point and are to take turns merging into the open lane.

For more information on projects occurring or being bid this year, those made possible by or accelerated by the state’s transportation funding plan (Act 89), or those on the department’s Four and Twelve Year Plans, visit www.projects.penndot.gov.

511PA is also available through a smartphone application for iPhone and Android devices, by calling 5-1-1, or by following regional Twitter alerts accessible on the 511PA website.