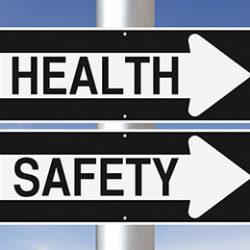 Berks County law enforcement and other local leaders gathered virtually to release a new report from the anti-crime organization Fight Crime: Invest in Kids Pennsylvania documenting how lead exposure in childhood can lead to future learning disabilities, behavior issues, and problems with impulse control, which can lead to crime in adulthood. The panel stressed the importance of lead testing for more of the Commonwealth’s children and the need for state resources to help remediate lead hazards in homes.

The report cites multiple studies that connect childhood lead exposure to problems with impulse control, which is a contributing factor to criminal behavior. For example, a study linked preschool blood lead levels with data on detention rates for 120,000 children born in Rhode Island between 1990 and 2004. The researchers found that, as lead levels increased, so did rates of suspension from school and juvenile incarceration. Additionally, another long-term study of the relationship between lead exposure and crime found that populations that had lead in their drinking water had higher homicide rates after twenty years, compared to areas where lead was not present in drinking water.

“The research is clear: Childhood lead poisoning contributes to behaviors that can make it more likely for a young person to become involved in crime later in life,” said Berks County District Attorney John Adams. “Unlike many issues, this is an easy problem to solve. Testing for lead exposure and remediating homes will keep Pennsylvania children healthier, safer, and put them on the right path – for years to come.”

The new report notes that approximately 500,000 young children in the United States have elevated levels of lead in their blood. In fact, according to a fact sheet developed by a new statewide coalition called the Lead-Free Promise Project, Berks County has the third-highest number of children with lead poisoning among all of Pennsylvania’s counties, with about 500 children poisoned each year. The actual number of children suffering from lead poisoning is likely higher, because in the county, only about 19% of all children are screened for lead. The problem is so prevalent in the county that Berks County children are poisoned at a rate three times higher than children poisoned in Flint, Michigan, at the peak of that city’s water crisis.

“As heartbreaking as it is to treat a child for lead exposure, it’s even more heartbreaking to know that there are children in Berks County that are slipping through the cracks who continue to be poisoned because of inadequate testing and remediation efforts,” said Dr. Karen Wang, MD, of the Berks County Community Health Center. “If we invest in lead testing and remediation now, it pays dividends for decades in the form of lower healthcare costs and other costs for children’s entire lifetimes.”

The Fight Crime: Invest In Kids report cites research showing that the total cost of the lifetime economic burden of childhood lead exposure in Pennsylvania is $3.1 billion. This figure was calculated for the 2019 birth cohort, and includes the costs of increased health care, increased spending on education, reduced lifetime productivity, and premature mortality. Additionally, the direct costs of crime due to lead exposure nationally is estimated to be over $1.7 billion. The report estimates that for every dollar spent on removing lead paint-based hazards results in a return of three dollars in the form of avoided health care costs and loss of lifetime earnings.

Kathryn Behm, a Registered Nurse and program manager with the Berks County Nurse-Family Partnership, spoke about the importance of home visits to assess the risk of lead exposure among her clients. “Many of our client families are living in older housing which carries a higher risk of lead exposure,” said Behm. “Being able to assess first-hand the potential risk and working with the family to reduce exposure and remediate the source are critical components in this fight against lead poisoning.”

Panel participants noted that despite efforts in the 1970’s through the 1990’s to eliminate lead in the production of gasoline, paint and plumbing fixtures, the risk of lead exposure still persists – particularly in older homes. Pennsylvania ranks fifth in the country for old housing, which is likely to have remaining lead-based paint. In Berks County, 65 percent of residential properties were built before 1980, before lead paint was banned for residential use. Black and Hispanic children are disproportionately poisoned because they are more likely to live in older properties with deteriorated lead-based paint. In Berks County, two times more Black children and 3.5 times more Hispanic children are poisoned than white children.

“We take these threats to our children’s health and well-being very seriously,” said Jamal Abodalo, Director of Community Development Services for the City of Reading. “We are actively working to leverage all available resources to evaluate and remediate the risks of lead exposure for our families, but the need often outpaces the resources available.”

Bruce Clash, PA State Director for Fight Crime: Invest In Kids noted that progress is being made through federal Housing and Urban Development funding to evaluate homes in high-need areas, but reemphasized that much more must be done to protect Pennsylvania’s children from the harmful effects of lead. “Pennsylvania must invest in greater testing and lead remediation practices now,” said Clash, “ to protect our children not only from lead exposure, but also from potential future crime.”

FIGHT CRIME: INVEST IN KIDS is a national anti-crime organization of police chiefs, sheriffs, prosecutors, attorneys general and violence survivors, with more than 200 members in Pennsylvania and over 5,000 members nationwide. For more information, visit www.strongnation.org/FightCrime.