The Dough in Doughnuts: Behind the Making of an American Favorite 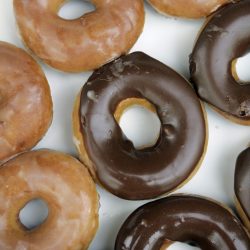 At the 1934 World’s Fair in Chicago, doughnuts were advertised as the “food hit of the Century of Progress” and became an instant hit at a nickel a piece.

The doughnut craze could never have been sustained were it not for the invention of the automated doughnut machine by Russian refugee Adolph Levitt in 1920.

How many of you have ever peeped through the window of a bakery and become entranced by the rhythm of the doughnut-making machine and aroma of baking batter? So, imagine the sensory overload if you were on the floor of a large manufacturing facility that mass produces doughnuts.

The equipment needed to make these sweet delights is the engine that drives the doughnut industry and it should come as no surprise that the U.S. Census Bureau surveys the industries that manufacture food-making equipment — from doughnut fryers and doughnut cutters to sugaring tables and doughnut glazers.

So, let’s look behind the making of these scrumptious treats.

It takes many machine components to produce doughnuts, including production systems and thermo glazing equipment.

The businesses that use this type of equipment range from the corner doughnut shop and retail doughnut chains to large commercial establishments producing doughnuts for wholesale to grocery stores. They have one thing in common:  machines that mix, cook and prepare doughnuts.

Dough-Mixing Machinery establishments, as classified by the Census Bureau’s North American Industry Classification System (NAICS), primarily produce food manufacturing machinery. In the case of doughnuts, that would be the machines that mix the batter and make the dough. 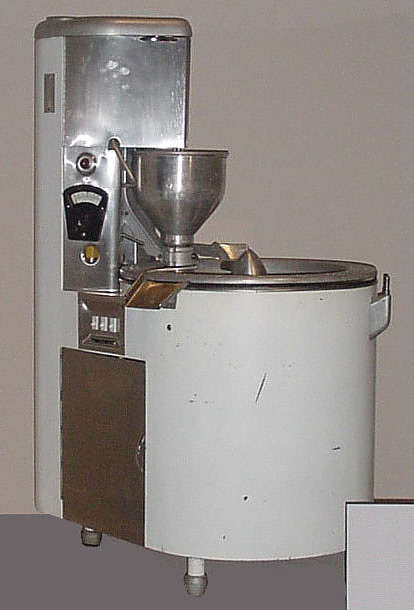 Other Commercial and Service Industry Machinery Manufacturing includes manufacturers of a variety of equipment like fryers, deep-fat fryers and ovens used by doughnut makers to fry or bake doughnuts.

According to the Census Bureau’s 2019 Annual Survey of Manufactures (ASM), 17,933 people were employed in the manufacturing of dough-mixing machinery (Table 1). The annual payroll for this sector was $1.25 billion.

The same survey reported an even larger number of employees associated with the manufacture of cooking equipment: 55,609 (Table 2). The annual payroll was $3.53 billion.

Tonja White is a supervisor program analyst in the Census Bureau’s Data User and Trade Outreach Branch in the Economic Management Division.