Republicans said squirreling away $5 billion in federal money was smart planning for the future, while Democrats lamented the investments that might have been. 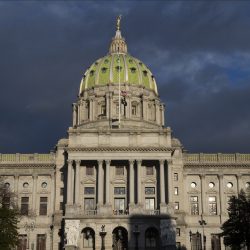 Unlike in years past, Democratic Gov. Tom Wolf and the Republican-controlled legislature headed into this June’s budget season with a financial windfall: $7.3 billion from the federal coronavirus relief plan signed in March by President Joe Biden, and another $3 billion in tax collections after an unexpectedly strong recovery from the pandemic reversed projections of a multibillion-dollar deficit.

The plan squirrels away much of that revenue surplus — $2.5 billion — in the state’s rainy day fund. It also makes use of just over $1 billion in available federal relief funding for nursing and personal care homes, after-school and summer enrichment programs, and road and bridge projects.

Republicans said they want to save more than $5 billion in remaining federal relief money for future budgets.

“We went through this back in 2008, 2009,” Rep. Stan Saylor (R., York), chair of the House Appropriations Committee, said. “We got all these federal dollars and what happened is they spent all the dollars right away, and then the next governor came in … and there was a $4 billion deficit.”

The main budget bill passed the state House 140-61 Friday evening, and the state Senate followed a few hours later with a 43-7 vote. A number of other budget-enabling bills were also finalized.

Wolf said late Friday he will sign the package next week.

“This budget will help our state move forward and rebuild a strong, equitable economy that works for Pennsylvanians,” he said in a statement. “This is a budget that invests in Pennsylvanians.”

Democrats in the minority called the spending plan a wasted opportunity. Members of the party from both legislative chambers had called for spending federal money on a range of causes, including grants for affordable housing programs and pay increases for direct-care workers.

A number of interest groups were separately asking for a share of the federal money.

“This document that has been foisted on us without ceremony has the intention of saving money for a rainy day,” Sen. Nikil Saval (D., Philadelphia) said on the floor of the chamber. “But let us be clear that this withholds a lifeline to the millions of people across our state drowning from 16 months of torrential downpour. This rainy day is happening right now.”

Wolf’s February budget proposal was a $37.8 billion plan, in which he had asked lawmakers for about $1 billion more in spending for the fiscal year that ends June 30.

The governor also asked for a sweeping overhaul of the state’s personal income tax to underwrite increases in funding for public education. He initially wanted to cut the tax rate for lower earners and shift a bigger burden to higher earners to raise about $4 billion more each year.

Republicans pushed back on Wolf’s plan as too bloated and excessive, and have for the last few weeks negotiated with the governor on a compromise plan.

Wolf, however, continued to push for a massive new state commitment of $1.3 billion annually for public schools, on top of the $6.8 billion already dedicated, to help fix long-term disparities in how the state distributes aid to the poorest districts.

The final budget plan increases basic education funding by $300 million. Of that, $200 million will be sent through the fair funding formula — which determines a district’s share of state dollars based on factors like enrollment, students learning English or experiencing poverty, and median household income — while another $100 million will be shared by the 100 poorest districts in the state.

Among the districts that will benefit from the “Level Up” supplement are Pottstown School District in Montgomery County, McKeesport in Allegheny County, and Lancaster, Reading, and York cities in central Pennsylvania.

Wolf and Democrats wanted to send all state basic education funding, not just new appropriations, through the formula to close the gap between rich and poor school districts. The governor said in a statement he was “disappointed” not to reach that goal and called Level Up a “down payment in this fight.”

The budget also increases special education funding by $50 million and pre-K programs by $30 million, while appropriating $40 million to expand a tax-credit program that sends hundreds of millions of dollars in taxpayer money to private and parochial schools annually.

“We know that no matter where you live across the Commonwealth of Pennsylvania, that especially for the last 12 months, violence by guns has increased significantly,” Minority Leader Joanna McClinton (D., Philadelphia) told reporters, citing her own city’s 264 homicides this year. “We as a legislative body are interrupting this cycle.”