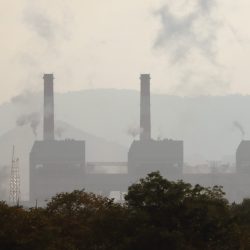 Pennsylvania’s Environmental Quality Board is expected to make its final ruling on whether the state will join the Regional Greenhouse Gas Initiative (RGGI) in July.

RGGI is a multistate cap-and-invest program to cut carbon emissions, and a new report from the Ohio River Valley Institute shows it has strong potential to support the communities hit hardest by closing coal plants.

The report said Pennsylvania could see $300 million annually from RGGI, a portion of which could support lost tax revenue and workforce development in area communities.

Joann Kilgour, executive director of the Ohio River Valley Institute, said RGGI is an opportunity for the Commonwealth to learn from past mistakes.

“Looking at RGGI as really an opportunity to provide some planning and use proceeds to usher in a more prosperous future in coal plant communities across the Commonwealth,” Kilgour explained. “Whereas, without a plan, market forces will continue to shutter coal plants and there will be no planned funding to cushion job losses and other economic impacts.”

Energy company GenOn announced earlier this month it plans to close the Cheswick coal-fired power plant in Allegheny County in September. That will leave only three conventional coal plants online in Pennsylvania without plans to retire or transition.

She said it would broaden the areas in which the state can invest RGGI proceeds to include a proposed Energy Communities Trust Fund and an Environmental Justice Fund.

“The RGGI Investments Act is enabling legislation for these valuable RGGI proceeds to be directed to the communities and individuals who need it the most,” Comitta asserted.

Pennsylvania is the only state in the mid-Atlantic and Northeast region not yet a part of RGGI. If approved, it could join by early 2022.