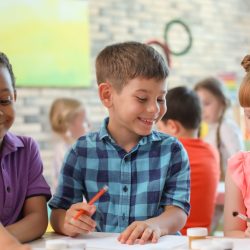 While the investment was praised by some, child-care providers say the budget missed the mark in their field. They also want to ensure the $1.2 billion dollars the state received from the American Rescue Plan for child-care centers gets to them as soon as possible.

Jen DeBell, executive director of the Pennsylvania Association for the Education of Young Children, said child-care line items got no state-budget increases despite being devastated by the pandemic, so the federal funds are critical.

“We’ve seen almost 700 programs close, and more than 360 are still temporarily closed,” DeBell observed. “So, we don’t want to see those numbers driven up because the money isn’t going out quick enough.”

Some areas she’d like to see receive increased funding include hiring or retention bonuses to help centers build back staff lost in the pandemic. DeBell noted the average child-care teacher in Pennsylvania makes $10.69 an hour.

Nancy Frederick, director of The Learning Center at Third Street Alliance, a child-care center in Northampton County, said they’ve been struggling to hire teachers, making it difficult to increase classroom size to meet the growing need.

She argued government support is necessary for them to increase pay and offer teachers a living wage, and stressed the importance of high-quality early learning.

“I think the state and federal support financially there would be greatly put into use,” Frederick asserted. “Because they are really getting students early on, where they can make a difference and build those connections before they even go to the public school, or whatever school they go to once they are the age of five or six.”

Frederick added she also hopes to see funds for expanding what’s known as the Infant/Toddler Contracted Slots Program, which provides free child care for children of eligible families, up to age three.