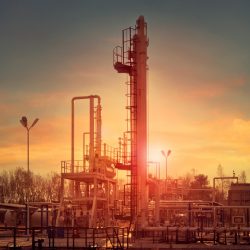 A new report demonstrates why the last decade’s natural-gas boom in Pennsylvania, Ohio and West Virginia fell below expectations and did not generate a large growth in jobs or incomes throughout the region.

A companion report examines a model in Washington state from which local leaders in the region can learn to help transition their economies.

Sean O’Leary, senior researcher at the Ohio River Valley Institute, which produced both reports, said as the mining sector increased and local GDP skyrocketed, jobs in the so-called “Frackalachia” area increased by just 1.6%, combined with a population loss of 37,000.

“It means that not only has the natural gas industry not produced jobs and prosperity to a significant degree so far, but that it is structurally incapable of doing so in the future as well,” O’Leary asserted.

According to the report, the gas industry lacked impact on these communities because not much of the money invested and earned ever entered local economies, because of the natural-gas sector’s lack of labor-intensive jobs, and royalties from leased properties which were less than expected.

The second report focused on Centralia, Washington. After the town’s coal-fired power plant announced a 2025 retirement, its owner pledged to fund a plan to support economic and clean-energy transition. Since then, the town’s economy has grown at twice the rate of the country and has added more than 2,000 jobs.

O’Leary argued as federal proposals focused on clean energy and energy transition are on the horizon, it’s a moment for states such as Pennsylvania to learn from Centralia.

One county which could potentially benefit from this model is Greene County in southwestern Pennsylvania. The county was part of the natural-gas boom, but still has seen a steady population decrease and lack of job growth.

Mike Belding, chairman of the board of commissioners for Greene County, said he thinks the Centralia model would have a positive impact on Greene County. He pointed out the region is a great place to live, but there’s a need to adapt to the changing economy.

Belding added the county is opening a startup incubator to provide academic coaching and financial backing to non-fossil-related companies.