by County Commissioners' Association of PA 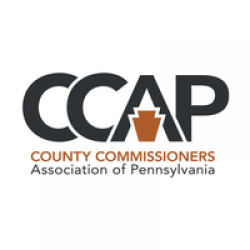 Members of the County Commissioners Association of Pennsylvania (CCAP) elected Daryl Miller, Bradford County commissioner as the 2022 president of the Association during its 135th Annual Conference.

County governments are responsible for a wide variety of critical services, including provision of human services (mental health, intellectual disabilities, juvenile justice, children and youth, long-term care, drug and alcohol services, housing) to people in need in our communities. In addition, counties are responsible for emergency management and 911 services, administration of the courts and corrections system, elections, maintenance of county bridges, and the county property assessment rolls, and also are involved in environmental and land use planning, protection of open space and community and economic development.