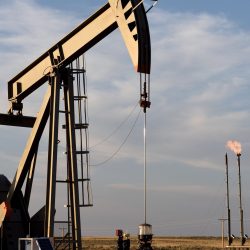 Pennsylvanians are growing worried about the environmental consequences of natural-gas drilling in the state, according to a new poll released by the Ohio River Valley Institute.

It showed the majority surveyed support Attorney General Josh Shapiro’s recommendations to tighten regulations on fracking, including 77% who support assessing sources of air pollution and 82% in favor of requiring safer modes of transporting waste.

The poll, conducted by Data For Progress, surveyed nearly 650 voters from across the state.

Ralph Kisberg, co-founder of the Responsible Drilling Alliance, said the results of the poll show it is time for the state Legislature to make efforts to better transition to clean energy.

“We need to move faster,” Kisberg asserted. “The people understand this, they understand that it’s all tied in with the climate situation and that will get extremely expensive for the country unless we deal with it. And the country is beginning to deal with it, but if Pennsylvania wants to hold onto its position, it’s going to jeopardize its economy, frankly.”

Pennsylvania is the second-largest producer of natural gas in the U.S. Gas giant Shell is building a $6 billion dollar ethane cracker plant northwest of Pittsburgh. A majority of voters polled were against tax breaks for the plant.

In contrast, the Pennsylvanians polled approved of public spending on clean-energy projects, with 77% saying they believed it would have a positive impact on the state.

Kisberg noted there are ways the state could move forward with its clean-energy transition, including a severance fee on the natural-gas industry.

“We can take that revenue and use it for subsidies for lower-income people to make the transition in their homes with energy efficiency,” Kisberg suggested. “And get everybody involved in this transition based on the fact that we have some low-hanging fruit in the tax world that we don’t take advantage of in the state.”