by Office of Senator David Argall 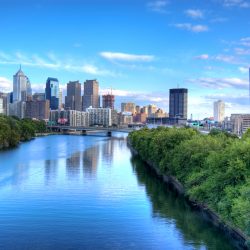 Legislators from Berks and Schuylkill County, agency representatives, and members of the public gathered in the Schuylkill Haven Recreational Center Tuesday morning to review the progress of longstanding efforts to clean up the Schuylkill River and its nearby creeks and streams.  While many parts of the river have seen major improvements throughout the last 50 years, there was one thing everyone could agree on: much more needs to be done.

Senator Argall began the two-hour hearing by asking, “Why have some of our local towns enjoyed major improvements in water quality, while in other nearby towns the same creek is still choked with pollutants? How do we prevent future flooding in Port Carbon, Gilberton, Pine Grove, and so many other local towns?  How do we assist small towns like Coaldale and Lansford in preventing raw sewerage from reaching the Little Schuylkill River at Tamaqua?  How much will it cost?”

“Today’s hearing solidifies the need for the Schuylkill River restoration process to continue and ensure that it remains a hospitable habitat for wildlife as well as a great recreational resource for the public to access,” said Rep. Barry Jozwiak (R-Berks).  “This river not only services Schuylkill County but it feeds down into Berks County and Philadelphia and I am confident that we can continue to restore it to its former glory.”

“The roundtable today has shown just how important that keeping our Schuylkill River clean is,” said Rep. Tim Twardzik (R-Schuylkill). “After listening to area experts and stakeholders, I look forward to continued efforts of revitalizing our waterways for generations to come.”

“I am grateful for my legislative colleagues and area stakeholders for taking part in the roundtable held today,” said Rep. Jerry Knowles (R-Berks/Carbon/Schuylkill). “It was a truly informative experience and it is clear that we must keep working together to keep our waterways, like the Schuylkill River, free of pollution.”

“Restoring our Schuylkill River is important not just to our community but to the entire state,” said Rep. Joe Kerwin (R-Schuylkill/Dauphin). “I was happy to see everyone come to the table today to continue to work on these efforts of cleaning our river.”

To watch the full roundtable, visit this link.