Some Racial Evidence to Be Permitted in PA School Funding Lawsuit 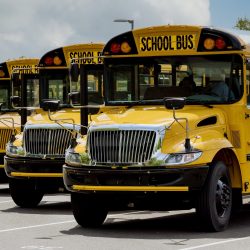 With less than a month until a Pennsylvania public school funding lawsuit is set to begin, a Commonwealth Court judge recently ruled some evidence pertaining to racial disparities in the state education system will be allowed.

Attorneys representing school districts, parents and education organizations argued the way schools are funded in Pennsylvania violates its own constitution, which requires the Commonwealth to ensure there is a “thorough and efficient” system of education for all students.

Claudia De Palma, staff attorney at the Public Interest Law Center, which is representing plaintiffs in the case, said the evidence is important because it shows student outcome disparities between lower-income and higher-income districts.

“I think that looking at subgroups in the Commonwealth, including subgroups of students of color, and looking at the really significant achievement gaps that the funding disparities have caused is a very important indicator of how the system is falling,” De Palma asserted.

Black and Latino students in Pennsylvania predominantly live in the most underfunded districts, according to research submitted for the trial.

The lawsuit is calling for the court to order the governor and state Legislature to create a system where every student can receive a quality education, regardless of whether they live in a community that can raise education funds with local taxes.

Pennsylvania has set a goal of 90% for its four-year graduation rate.

“We have a goal, we have an expectation for students, and the missing element is ensuring that all students have the resources to be able to accomplish those goals,” Ward contended. “And that is what the adequacy gap is; it’s an estimation of what will it take to ensure that students across the state are going to be able to meet those goals.”

The school funding lawsuit is expected to start Sep. 9 and will last six to 10 weeks.