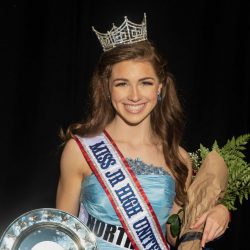 Entering 9th Grade this Fall, Maille will attend Twin Valley High School in Elverson, Pennsylvania. Maille was born with a rare condition called Klippel-Trenaunay Syndrome, which is diagnosed in 1 out of 100,000 individuals Worldwide. This condition affects her right leg, and causes her to have a large birthmark, swelling, venous malformations and limb overgrowth. Maille believes she is marked for a purpose, and has chosen to highlight her condition as her Platform, Maille’s Mission. Through Maille’s Mission, she spreads awareness about vascular birthmarks as well as promotes anti-bullying efforts for individuals with these associated conditions and other physical differences. Maille proudly serves as a Global Ambassador for the Vascular Birthmarks Foundation and hosts an interview series published on YouTube called More Than A Birthmark. Maille is also a Competitive Dancer with Academy of Movement (AOM) DanceFX, and enjoys aerial arts, singing, acting, painting and volunteering in her community.

As a National Titleholder, Maille will have a year of service promoting community service and her personal platform, Maille’s Mission. She also received several cash scholarships, a generous prize package, and is looking forward to some amazing opportunities during her year of service, including a Queens Trip to Myrtle Beach!