The Department of Health did not explain why it abandoned a plan to change who administers a nutrition program for pregnant people and young children. 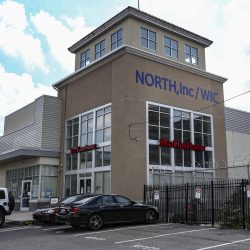 HARRISBURG — The Wolf administration has unexpectedly canceled a controversial plan to overhaul a crucial safety net program for tens of thousands of low-income children and parents in Pennsylvania.

The state Department of Health surprised advocates and lawmakers earlier this year when it announced that it would terminate several long-standing providers’ contracts to administer WIC — a nutrition program for pregnant and breastfeeding people as well as infants and young children that serves about 169,000 Pennsylvanians each month.

The decision came after a bidding process that advocates and lawmakers said lacked transparency.

But in letters sent Tuesday to groups that applied for WIC contracts, the department said it would cancel the transition to new providers. Organizations that expected to take over programs, as well as existing WIC providers, received little information about what will happen next.

The letters obtained by Spotlight PA don’t explain why the transition was canceled, but the plan received pushback from some local, state, and national WIC experts who raised concerns that the change would create too much confusion and lead to a drop in enrollment.

A Department of Health spokesperson confirmed the cancelation and said it “will have no impact on the continuity of WIC services for the women and children who need them.”

“While a competitive application process for all WIC local agencies remains a critical step toward further program enhancements, the department will continue working to improve the WIC program for all beneficiaries at both the state and local level,” the spokesperson said. They did not offer an explanation for the cancelation and said it is too early to determine if there will be costs associated with the change.

“Our interpretation of that is that everything will remain the same,” said Kellie McKevitt, CEO at Southwestern Pennsylvania Human Services, Inc., which includes Mon Valley Community Health Services, the organization currently administering the WIC program in Westmoreland County.

Though the organization was “surprised” by the news, McKevitt said it is happy to continue providing the services.

Known as WIC, the Special Supplemental Nutrition Program for Women, Infants, and Children is overseen by the state health department and funded by the U.S. Department of Agriculture. Local WIC offices in each county provide nutrition education, as well as food and breastfeeding support, to pregnant and postpartum people, infants, and children under age 5.

Two current providers that were set to lose contracts — the Allegheny County Health Department and Family Health Council of Central Pennsylvania, Inc. — had appealed the department’s selection process and transition. The appeals were pending as of Tuesday.

“I’m glad to hear that they canceled the process,” said State Rep. Austin Davis (D., Allegheny), who was one of several state lawmakers to sign a letter calling on the Wolf administration to rethink the plan.

Davis said he had a number of concerns about how the state handled the application process from start to finish, including questions about why the state chose a Washington County-based organization to take over the program in Allegheny County.

“It’s my understanding that there will be a new process,” Davis said, adding that he did not have details about a new timeline.

A spokesperson for Blueprints, the organization set to take over the contract in Allegheny County, confirmed that it received a letter from the health department but directed other questions to the state.

Under the now-canceled plan, providers would have changed in at least five counties: Allegheny, Cumberland, Erie, Philadelphia, and Westmoreland.

Those transitions were scheduled to start in October and be completed by Oct. 1, 2022, according to an announcement from the state health department in April. That transition timeline was shortened in July, The Inquirer reported.

Kathy Fisher, policy director for the Greater Philadelphia Coalition Against Hunger, said many WIC advocates and partner agencies weren’t taking sides on the contract awards. But she raised concerns about further disrupting established relationships, given the coronavirus pandemic, and the department’s timeline for the transition.

Without time to recover and stabilize, “we fear that the WIC program risks a further decline in enrollment and fewer families getting the support they desperately need,” Fisher said in an email.

Alfred Lubrano of The Inquirer contributed.