Stott and McArthur Atop the Farm’s August Players 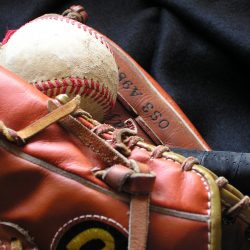 The Philadelphia Phillies have announced their monthly award winners for the top players around their farm system. Reading’s Bryson Stott was named Hitter of the Month for August, while teammate James McArthur received the Pitcher of the Month Award. Up in Lehigh Valley, Matt Vierling was named Defender of the Month.

Philadelphia’s #2 prospect Bryson Stott was on an absolute tear during August. He played in all 26 games racking his batting average up to .408. During that time period he raised his average up 53 points. In total for August, Stott had 42 hits, nine for doubles, one triple, and five home runs. He knocked in 18 runs and scored 19 times himself. For the month his OPS was a whopping 1.108 while his slugging percentage was .660.

In the series against Portland, Stott batted .481 with thirteen hits including one double and two home runs. He knocked in six runs and he himself scored seven runs for the team. He also stole a base. Stott’s OPS is a whopping 1.258. Defensively, he split time at shortstop and third base making zero errors while playing every inning of every game. Reading went on to win five of the six games against the Red Sox affiliate.

Against Bowie, the prospect batted .581, going 12-for-21. He notched five doubles and five RBIs. This series he ran his OPS up to 1.402. Stott walked four times and only struck out five. He also played at both short and third, recording just two errors and helping to turn seven double plays.

Don’t forget Stott only joined the team on June 1st. He spent the first two months of 2021 with High-A Jersey Shore. There he swung for a .288 average while going one-for-one with walks and strikeouts. With the BlueClaws he launched 5 home runs and added 10 RBIs to his numbers.

Right hander James McArthur took home the pitcher of the month award. McArthur began the season as the #30 prospect for Philadelphia. He had four starts keeping his ERA down to 2.79. Overall, McArthur kept batters to a .243 average. He threw 70+ pitches each start. His walks and hits per innings pitched was just 1.24. McArthur recorded one put out and two assists, while inducing three ground ball double plays.

In his first start against Richmond, McArthur threw 4.1 innings allowing just four hits and no runs. He struck out eight batters. Against Akron, he threw five innings of work letting up six hits and four earned runs. He walked no one and struck out a career-high ten batters! Against Bowie, McArthur pitched another five innings this time allowing six hits but just one earned run. Finally, at Portland the righty tossed five innings of two hit ball – where two runs scored, but only one was earned.