200-Plus Wealthy Leaders from PA, Beyond Urge Congress to Pass Tax Hike 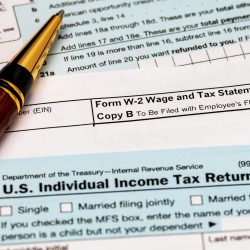 More than 200 high earners have written a letter urging Congress to raise taxes to help support social safety-net programs that would have a major impact on Pennsylvania.

The $3.5 trillion budget plan unveiled by House Democrats would increase taxes on the country’s wealthiest to help fund the Biden administration’s Build Back Better agenda, which would lower costs on child care and health care, and also create jobs to tackle climate change.

Ashley McBride, state director of For Our Future Pennsylvania, said the plan is ambitious but necessary to move the state and nation forward.

“This idea of folks paying their fair share, it doesn’t seem like rocket science,” McBride contended. “It is something that we should want to do in communities in which we live because we know when our neighbors thrive, it also means that we thrive. We still know that there are millions upon millions of Americans and folks across the Commonwealth who could still benefit greatly from their prescription-drug costs being lower.”

Nine Pennsylvanians were among those who signed the letter addressed to House Speaker Nancy Pelosi and Senate Majority Leader Chuck Schumer. A recent poll showed Americans overwhelmingly support raising taxes on the wealthy instead of borrowing and increasing debt.

Sandra Fluke, president of Voices for Progress, the lead organizer behind the letter, said investments in the Build Back Better plan are key to rebuilding the economy and dealing with the climate crisis.

“And we only have to look out of our window to see what is happening in terms of the severe weather being caused by climate change,” Fluke observed. “So we gotta make those investments and not be giving away tax cuts to corporations that are actually lower than they even asked for.”

House Democrats’ new proposal calls for a corporate tax rate of 26.5% and an individual tax rate of 39.6%. The Biden administration has pledged to not increase taxes for anyone making under $400,000 annually.