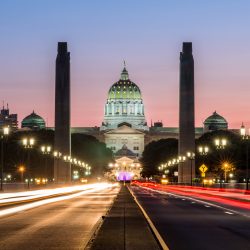 With just two weeks until the state Senate reconvenes, Pennsylvania lawmakers appear to have two different sets of priorities.

Republicans are working to access subpoenaed voter records for what they’re calling a “forensic audit” into the 2020 election. Democrats are focused on changing Senate rules to increase transparency.

Sen. Lindsey Williams, D-Allegheny, said lawmakers in her party have introduced 14 amendments to the Senate rules. They would require advance public notice of committee hearings, equal party representation at hearings, and more.

“There are millions of Pennsylvanians that are represented by the minority party,” Williams noted. “And so, it is important that we have a voice within our own chamber to raise issues that we’re hearing about in the district. And right now, we’re held back from that because of the way the rules are functioning.”

Republicans hold the majority in both the state House and Senate, and have not responded to the Democrats’ proposals so far. Earlier this year, the majority-Republican Senate Intergovernmental Operations Committee was given subpoena power without any public notice, which Williams cites as one reason for proposing the changes.

In recent years, the group Fair Districts PA worked to get a bill passed to form an independent commission to draw House and Senate voting-district maps, rather than lawmakers. The bill received more than 100 co-sponsors, but powerful committee chairs never brought it to a vote.

Rachel Sorokin Goff, a volunteer with Fair Districts PA, said she’d like to see that change.

“The rules give enormous control to a few people, and the good folks you send to our legislature — and there’s lots of ’em in both parties who you send, who want to work for their communities — really have no voice,” Sorokin Goff asserted. “Most of them can never get a bill passed. They can’t act.”

Senators will also be asked to give minority-party chairs the power to hold committee hearings, and to add legislation to a committee’s agenda.

In another move toward accountability, the Senate began posting detailed expense reports online publicly for the first time last month.