by City of Reading Police Department 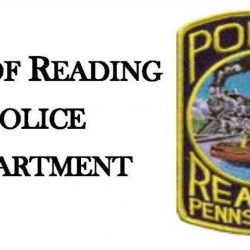 The investigation determined that there was a house party being held in the block, and there was some type of altercation that led to three people receiving non-life-threatening gunshot wounds to the legs. James Wright, 28 years old from Camp Hill, Pa, was found to have fired a gun into a group of people at the house party and another unknown individual fired back. As a result, Wright, another 25 years old male from Reading, PA, and 24 years old from Carlisle, PA, received non-life-threatening gunshot wounds. Charges were filed against Wright for Aggravated Assault and related charges. Information is being requested for any information relating to the identification of any other involved individuals.

On 11/07/2021, at approximately 00:17 hours (12:17 am), officers responded to the area of South 6th & Cherry Street for the report of shots fired and possible shooting victims. Officers located 2 victims on the ground with gunshot wounds. José Rodríguez-Bultron, 43 years old from Reading, received multiple gunshot wounds and succumbed to his injuries at Reading Hospital. The second victim received multiple gunshot wounds and was transported to Reading Hospital for treatment. 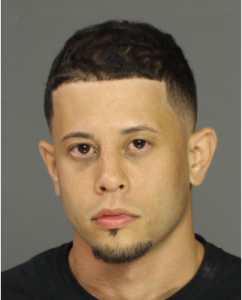 During the course of the investigation, it was determined that there was a fight that occurred inside the La Cabaña Lounge involving the group the victims were with and another group. A male identified as Alberto Rivera-Vázquez, 28 years old from Reading, was observed exiting the lounge via a rear door hiding behind parked vehicles and then firing at the victims and the group they were with. The victims were struck by gunfire, and Rivera-Vázquez fled the area on foot. Rivera-Vázquez is charged with 1st-degree Murder, 3rd-degree Murder, and related charges. Rivera-Vázquez is not in custody at this time and is considered armed and dangerous.

The investigations are ongoing, and anyone with information relative to these incidents is asked to call Reading Police Department at 610 -655-6116 or contact Crime Alert Berks at 877-373-9913.