by Office of the Pennsylvania Auditor General 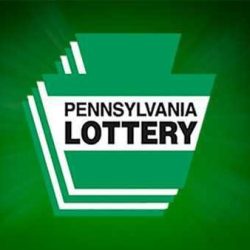 Auditor General Timothy L. DeFoor released a performance audit of the Pennsylvania Department of Revenue’s security measures for the Lottery and the agency’s sexual harassment policies, making 32 recommendations on ways it can make improvements.

“The most significant finding from our report show Lottery has security measures in place designed to prevent or detect illegal or fraudulent activity from retailers selling lottery products, but not by anyone else who plays the lottery,” DeFoor said. “When you take a closer look at Lottery’s data, as we did, it is easy to identify these players. The fact of the matter is that Lottery has the data and doesn’t use it.”

The audit specifically found 17 non-retailer players with 50 or more wins of more than $600 each from July 1, 2017, through March 2, 2020. In almost three years, these players had 1,344 claims totaling nearly $2.7 million dollars which frequency warrant further analysis even if found reasonably explainable.

Lottery collects information on players filing claims more than $600 for tax purposes, but does not use that data to analyze winning patterns. This analysis would help determine if someone is claiming prizes for a prohibited player or engaged in illegal activity such as avoiding paying taxes or child support. Lottery would then be able to forward the case to a proper law enforcement agency.

“The Lottery stated it doesn’t have the legal authority to investigate these frequent winning claims from people who aren’t retailers,” DeFoor said. “Lottery officials can either partner with the Pennsylvania Inspector General or the Attorney General to investigate these claims. If they aren’t able to do that then we recommend the General Assembly step in and give Lottery officials the power to do so through legislation.”

The audit found while Lottery employees, members of their household and certain executives in state government are prohibited from playing the Lottery, retailers and their spouses are free to play.

A key recommendation from the audit is for the General Assembly to pass legislation holding retailers who sell Lottery products to the same standards as Lottery and Revenue employees.

Other issues found in the audit regarding the Lottery:

Findings from other audit objectives:

The audit also reviewed whether the agency’s sexual harassment policy is comprehensive, followed and if all employees are trained on it; and looked to determine if there were sexual harassment claims filed and settled, where did the money come from to pay for it.

The Department of the Auditor General announced it would perform an audit in early December of 2019. The performance audit covers the periods of July 1, 2017 through January 26, 2021.

Review the special performance audit of the Pennsylvania Lottery and learn more about the Department of the Auditor General online at www.paauditor.gov.