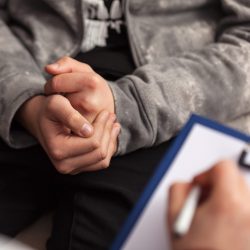 Pennsylvania’s child welfare and behavioral health services are in crisis, with a worker shortage exacerbated by the pandemic, a new report reveals.

Between low wages and emotionally demanding work, advocates say real solutions are needed to ensure these agencies are able to help at-risk children.

Of the 51 agencies that responded, one in four said it has more than 30 vacant positions. Council President and CEO Terry Clark said the shortage has a ripple effect.

“Whether it’s individual therapy, whether it’s a child coming into a particular residential treatment facility, and they don’t have staff, they’re waiting somewhere,” said Clark. “As a result, we’re seeing kids that aren’t getting their needs met. They’re not able to start to address some of the underlying causes of their trauma.”

More than half of respondents said they were forced to delay expanding programs as a result of being understaffed. The report recommends allowing providers to receive the maximum allowable reimbursement rate from the state for their services.

Nancy Kukovich is president and CEO of Adelphoi, which offers behavioral health care for children and teens, including 14 group homes in the state.

She said the company has 30 to 40 current job openings, even after raising the starting pay to $18 an hour. Kukovich said one recommendation from the report she sees as critical is student loan forgiveness.

“It just kills me that I am hiring people to work at Adelphoi, I expect them to have college educations,” said Kukovich. “And yet, I’m not paying them enough for them to send their kids to college. I mean, that’s just on its face wrong.”

The report also recommends providers compile data from exit interviews to learn more about why staff members leave, and develop plans based on the results to recruit and retain employees.