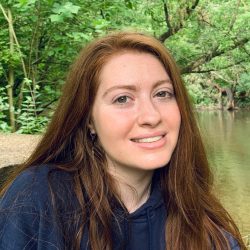 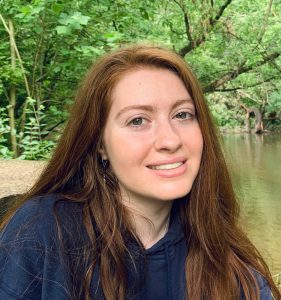 Chiappetta explains her parents met at Penn State and got married at University Park campus. Her brother, aunts, uncles, and grandparents are all proud Penn Staters too.

She chose Berks because the Phoenixville, Pa. native also wanted to be close to home since her grandmother was ill at the time. She visited Penn State Berks and said she fell in love with the campus immediately.

Chiappetta earned a baccalaureate degree in hospitality management and a minor in entrepreneurship. She states that she had a lot of opportunities at the Penn State Berks which will support her future career. For example, hospitality management students are required to work 1,000 hours in the field. She worked at Staybridge Suites in Royersford to meet that requirement and has recently been hired as the night auditor.

During her time at Penn State Berks, Chiappetta was recognized with several awards and she has been on the Dean’s list from 2018-2021. She received the Charles F. Quade Family Scholarship 2021, and took first place in the Penn State Berks Values Poetry Contest in 2021 and 2020. She also received the Harold W. and Jeanne D. Perkins Endowment in 2020, Hospitality Management Academic Excellence Award in 2020, and the President’s Freshman Award in 2018

Penn State Berks student marshals are selected for their outstanding academic achievement and contributions to student life. The student marshal leads their fellow graduates in the procession to enter the commencement hall and gives an address during commencement. Chiapetta’s address is titled “Sweet College o’ Mine,” a reference to both her time at Penn State Berks and her love of Guns N’ Roses.