Report: PA Behind in Goals for Chesapeake Bay Pollution Reduction 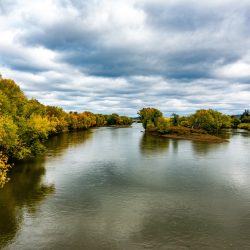 With a fast-approaching deadline, Chesapeake Bay Foundation’s assessment of multistate progress shows Pennsylvania remains far behind in meeting its clean water commitments, as a major polluter of the bay.

The Chesapeake Bay Clean Water Blueprint has set a deadline for watershed states, including Pennsylvania, to have pollution-reduction practices in place by 2025.

A recent State of the Blueprint report by the foundation revealed the Keystone State continues to lag in reducing agriculture and urban-suburban pollution.

“Equally as important, the ability to restore local waterways, because if the Pennsylvania waterways are not clean, the downstream bay will not be clean,” Prost asserted. “But if action is taken on the ground in Pennsylvania, we’ll see improvements in both.”

Earlier this week, Pennsylvania revealed an updated version of its Phase 3 Water Implementation Plan, which it said would achieve 100% of its pollution-reduction commitments by 2025.

One step the state could take would be establishing an Agricultural Conservation Assistance Program (ACAP), which would fund projects for farmers to plant trees next to waterways and other pollution-reduction projects, which act as buffers to help filter out pollutants before they reach the local water and, ultimately, the bay.

Harry Campbell, Pennsylvania director of science policy and advocacy for the Foundation, said a proposed Clean Streams Fund would use a portion of the state’s American Rescue Plan funds for the ACAP program.

“By passing that legislation to establish the Clean Streams Fund, Pennsylvania has the opportunity to substantially improve water quality,” Campbell contended. “Not only in our own backyard, but meet our Chesapeake Bay commitments as well.”

Agriculture in Pennsylvania is the main source of nitrogen pollution entering the bay.