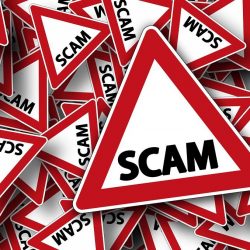 The Federal Trade Commission launched a proceeding to challenge bogus money-making claims used to lure consumers, workers, and prospective entrepreneurs into risky business ventures that often turn into dead-end debt traps. If finalized, a rule in this area would allow the Commission to recover redress for defrauded consumers, and seek steep penalties against the multilevel marketers, for-profit colleges, “gig economy” platforms, and other bad actors who prey on people’s hopes for economic advancement.

“Consumers, workers, and prospective entrepreneurs are being bombarded with so-called money-making opportunities that promise the world but leave them deeply in debt,” said Samuel Levine, Director of the FTC’s Bureau of Consumer Protection. “The FTC will use every tool in its toolbox to deter this economic exploitation and compensate people who got conned.”

The Commission has returned hundreds of millions of dollars to consumers injured by such schemes. However, the recent Supreme Court decision in the AMG Capital Management LLC v. FTC has hindered the FTC’s ability to seek monetary relief for consumers under the FTC Act.

Today, the FTC is taking a first step toward ensuring that consumers targeted by these schemes can be compensated. In the Advanced Notice of Proposed Rulemaking (ANPR) announced today, the Commission gives notice of a new potential rulemaking concerning false, misleading, and unsubstantiated earnings claims. If the Commission adopts such a rule, the FTC will have an important new tool to return money to consumers injured by deceptive income claims, and to hold bad actors accountable with civil penalties.

In the ANPR, the FTC is seeking comment from the public about a wide variety of issues, including whether earnings claims are prevalent among all or only some industries, how a rule addressing earnings claims should be drafted, the benefits to consumers from such a rule and the costs to businesses, and whether the potential rule should address disclaimers, lifestyle claims, or liability for agents’ claims.

If, after reviewing the public comments in response to the ANPR, the Commission decides to proceed with proposing such a trade regulation rule, its next step would be to issue a notice of proposed rulemaking.

The Commission vote to approve the Federal Register notice announcing the ANPR was 4-0. Commissioner Christine S. Wilson issued a concurring statement. The notice will be published in the Federal Register soon. Instructions for filing comments appear in the notice. Comments must be received 60 days from the publication date of the Notice.