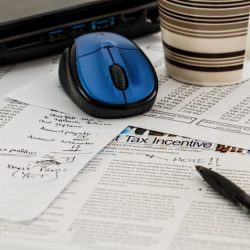 WASHINGTON − The Internal Revenue Service reminds taxpayers of their reporting and potential tax obligations from working in the gig economy, making virtual currency transactions, earning foreign-source income or holding certain foreign assets. Information available on IRS.gov and instructions on Form 1040 can help taxpayers in understanding and meeting these reporting and tax requirements.

If an individual disposed of any virtual currency that was held as a capital asset through a sale, exchange or transfer, they should check “Yes” and use Form 8949 to figure their capital gain or loss and report it on Schedule D (Form 1040).

U.S. citizens and resident aliens must report unearned income, such as interest, dividends, and pensions, from sources outside the United States unless exempt by law or a tax treaty. They must also report earned income, such as wages and tips, from sources outside the United States. An income tax filing requirement generally applies even if a taxpayer qualifies for tax benefits, such as the Foreign Earned Income Exclusion or the Foreign Tax Credit, which substantially reduce or eliminate U.S. tax liability. These tax benefits are only available if an eligible taxpayer files a U.S. income tax return.

A taxpayer is allowed an automatic 2-month extension to June 15 if both their tax home and abode are outside the United States and Puerto Rico. Even if allowed an extension, a taxpayer will have to pay interest on any tax not paid by the regular due date of April 18, 2022.

Those serving in the military outside the U.S. and Puerto Rico on the regular due date of their tax return also qualify for the extension to June 15. IRS recommends attaching a statement if one of these two situations apply. More information can be found in the Instructions for Form 1040 and 1040-SR, Publication 54, Tax Guide for U.S. Citizens and Resident Aliens Abroad and Publication 519, U.S. Tax Guide for Aliens.

Reporting required for foreign accounts and assets
Federal law requires U.S. citizens and resident aliens to report their worldwide income, including income from foreign trusts and foreign bank and other financial accounts. In most cases, affected taxpayers need to complete and attach Schedule B to their tax return. Part III of Schedule B asks about the existence of foreign accounts, such as bank and securities accounts, and usually requires U.S. citizens to report the country in which each account is located.

In addition, certain taxpayers may also have to complete and attach to their return Form 8938, Statement of Foreign Financial Assets. Generally, U.S. citizens, resident aliens and certain nonresident aliens must report specified foreign financial assets on this form if the aggregate value of those assets exceeds certain thresholds. See the instructions for this form for details.

Further, separate from reporting specified foreign financial assets on their tax return, taxpayers with an interest in, or signature or other authority over foreign financial accounts whose aggregate value exceeded $10,000 at any time during 2020, must file electronically with the Treasury Department a Financial Crimes Enforcement Network (FinCEN) Form 114, Report of Foreign Bank and Financial Accounts (FBAR). Because of this threshold, the IRS encourages taxpayers with foreign assets, even relatively small ones, to check if this filing requirement applies to them. The form is only available through the BSA E-filing System website.

The deadline for filing the annual Report of Foreign Bank and Financial Accounts (FBAR) is the same as that of Form 1040. FinCEN grants filers who missed the original deadline an automatic extension until October 15, 2022, to file the FBAR. There is no need to request this extension.

This news release is part of a series called the Tax Time Guide, a resource to help taxpayers file an accurate tax return. Additional help is available in Publication 17, Your Federal Income Tax.