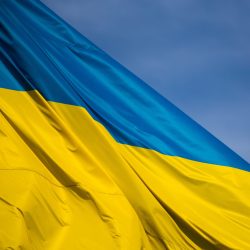 The Department of Homeland Security says the 30,000 Ukrainians temporarily living in the U.S. can now stay for 18 months under Temporary Protected Status.

Pennsylvania refugee resettlement groups applaud the decision but say Ukrainians outside the U.S. need more support as they face invasion from Russia.

Many Ukrainian refugees in the U.S. arrived through the Lautenberg Amendment, which supports the resettlement of religious minorities facing persecution.

“The family petitions require processing at a U.S. embassy, and the U.S. Embassy in Ukraine is closed,” said Miller-Wilson. “But, I mean, it will take a long time. The Ukrainian has to successfully flee and then get in touch with their relatives here. The paperwork has to be filed. It’s a very, very long process.”

The Lautenberg Amendment was an act of Congress in the 1990s that has yet to be reauthorized for 2022.

Miller-Wilson said HIAS Pennsylvania files nearly 150 petitions annually to resettle people through the amendment. Pennsylvania has the second-largest Ukrainian population in the country.

Miller-Wilson said between Ukraine, the fall of Afghanistan to the Taliban in August, and the political and economic crises in Haiti, it’s made clear the need for U.S. immigration law reform.

“Despite all the rhetoric about the United States, ‘Bring us your tired, your hungry, your poor,’ the truth is, our structures are not responsive,” said Miller-Wilson. “They’re overly bureaucratic. They take forever. And when I say forever, I don’t mean weeks or even months, I mean years.”

Last month, the Department of Homeland Security announced that 76,000 Afghans had been resettled in communities across the country. Finding affordable housing for them remains a challenge for refugee resettlement groups.

Since September, thousands of Haitians seeking asylum have been turned away at the U.S. border due to ongoing pandemic restrictions.