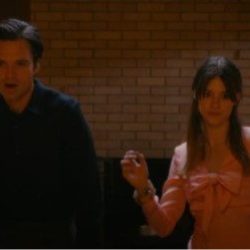 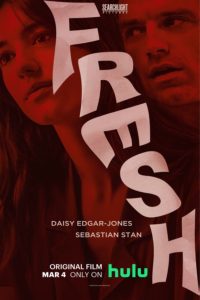 *Some mild spoilers ahead!*

What does dating look like in such a tech-reliant world? Mimi Cave’s directorial debut, “Fresh”, answers that question in a disturbingly humorous and quite charming way, released on March 4 on Hulu.

“It’s about giving. Giving yourself over to somebody. Becoming one with somebody else, forever. And that’s a beautiful thing. That’s surrender. That’s love,” says Sebastian Stan’s latest character, Steve.

Fed up with online dating, Noa (Daisy Edgar-Jones) finds herself at a lonely loss. She has tried to meet partners on dating apps, but the first meetups always end unsuccessfully. Even her friend Mollie (Jojo T. Gibbs) has tried to get Noa to be more of a risk-taker in the dating world, but she is exhausted from swiping left and right on losers.

Just as Noa was about to call it quits on casual dating, she runs into an alluring doctor, Steve (Sebastian Stan), at the local grocery store. The two immediately hit it off in an awkwardly cute way, which earns Steve her phone number by the end of the conversation.

After a few dates over cocktails, takeout dinners, and living room dancing, Steve offers to take Noa on a surprise trip to Cottage Grove. Before embarking on their journey, the couple makes a pitstop at Steve’s residence for the night.

Steve, like any good boyfriend should do, offers to make Noa a homemade drink. However, the few sips she has makes her vision blurry and her hearing incoherent. It is not until 33 minutes into the movie that the title card and credits roll through. The movie immediately turns from a cheesy romantic comedy to a sinister thriller.

Throughout the film, Noa must battle to survive her boyfriend’s unusual appetite. She will do whatever it takes to make it out alive of his house, even if it means going against her own human morals.

Cave’s “Fresh” follows the horrors of modern dating in a comedically frightening display. Even with its 114-minute runtime and gruesome content, thriller-fanatics will be hypnotized during the entirety of the film. With such a phenomenal debut, it will be interesting to see what Cave does next.