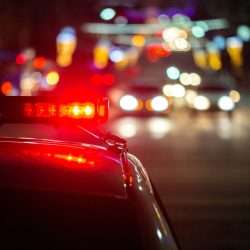 Young people in the U.S. were incarcerated in juvenile facilities 240,000 times in 2019, according to a new report, and the research contended current methods significantly underrepresent how many are in detention.

Youth incarceration data is typically measured through a one-day count in late October. The Sentencing Project report estimated at least 80% of the young people incarcerated are excluded from the count, most prevalent for youth who have been arrested and detained but have not had a court hearing.

Josh Rovner, senior advocacy associate for The Sentencing Project and the report’s author, said getting the data right is critical, especially for youth of color disproportionately impacted by the juvenile justice system.

“Overwhelmingly, these are kids who are charged with low-level offenses,” Rovner reported. “So we are making all of ourselves less safe because kids who are in these facilities are more likely to get arrested again, having been detained the first time.”

In 2020, there were 4,200 secure detention admissions of young people in Pennsylvania, according to state data, a 42% decrease from 2019.

Pennsylvania’s Juvenile Justice Task Force released its final recommendations last year, which included raising the minimum age for when a youth can be tried in juvenile court and diverting young people with low-level cases from the courtroom.

Malik Pickett, staff attorney for Juvenile Law Center in Philadelphia, said with more youth detention centers closing, there is an opportunity to invest in community-based programs.

“I think Pennsylvania is heavily prioritizing sending youths away and treating them in these residential facilities,” Pickett observed. “When we know the research shows that youths receive better outcomes when they’re treated within their communities and kept in their homes, close to their support and family and friends.”

Sen. Camera Bartolotta, R-Washington, and Sen. Anthony Williams, D-Philadelphia, announced the Juvenile Justice Policy Act in a memo this month, which would limit detention and standardize placement practices with recommendations from the Task Force.