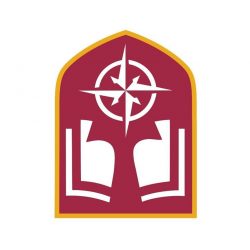 “The collective experience and wisdom among this new trustee group will greatly benefit Alvernia for years to come,” said Alvernia University Board of Trustees Chair Michael Fromm. “We are deeply appreciative of their willingness to help lead the university and contribute to the communities we serve through our transformational mission.”

The new board members will begin their terms immediately.

“We are very fortunate to continue to grow our board of trustees with experienced and dedicated change agents,” said Alvernia University President John R. Loyack. “I look forward to working with them in their new roles as trustees as we continue to transform the university and the communities we serve.”

Ehst currently serves on the Board of Director of Customers Bank after stepping down as its President and Chief Executive Officer in July 2021. Prior to co-founding Customers Bank in 2009, Ehst served as Executive Vice President, Commercial Middle Market, Mid-Atlantic Division of Sovereign Bank and before joining Sovereign Bank, he was an independent consultant to more than 70 financial institutions in the Mid-Atlantic region, providing guidance on regulatory matters, mergers and acquisitions and risk management.

Ehst currently serves as an elected board member of the Pennsylvania Chamber of Business and Industry, and is Chairman of the Chamber’s Education Foundation. He has been a guest at the White House regarding education-related issues. He also serves as a Director of the Reading Hospital Health System Foundation and has served over 40 years on several professional and not-for-profit boards in eastern Pennsylvania and Berks County, including Opportunity House, United Way and Our City Reading which he co-founded with Albert Boscov. Ehst has also earned the Caron Foundation Award for Excellence and John Paul 11 Halo Award, was named a Read Alliance NYC Honoree, chaired the United Way campaign for 2021 and was a YMCA Champion for Youth 2020 and 2021. His efforts have helped raise $20 million over the past five years.

Patti, a lifelong Berks County resident whose 30-year career in Harrisburg spans the highest levels of government, politics, and business leadership, serves as Customers Bank’s advocate and lobbyist in Harrisburg and Washington, D.C. Prior to joining Customers Bank, Patti spent 14 years as the President and CEO of the Pennsylvania Business Council and one of its forerunners, Pennsylvanians for Effective Government. Patti has served on the Berks County Industrial Development Authority, Pennsylvania Workforce Investment Board and the Advisory Council on Education and Workforce.

Tobash, a Schuylkill County native, served four terms as a Pennsylvania State Representative from 2010-2020 and has been in the insurance business for over 34 years as the owner of Tobash Agencies in Cressonia. He has served the community in various capacities with the Schuylkill County Volunteer Fire Companies, Schuylkill United Way, Schuylkill Chamber of Commerce and Pottsville Area Development Corp. and is the only current board member to reside in Schuylkill County.