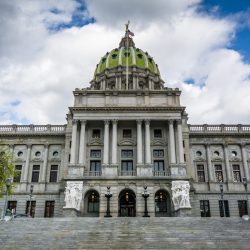 Advocacy groups in Pennsylvania are calling on lawmakers to redistribute billions of dollars in federal coronavirus relief aid to Commonwealth residents.

Pennsylvania received more than $7 billion through the American Rescue Plan, and $2.2 billion has not yet been allocated. Nick Pressley, director of campaigns for the Pennsylvania Budget and Policy Center, said investing federal aid directly with working families would help the state’s economy continue to recover from the pandemic.

“The best way to help Pennsylvania families and small businesses,” he said, “is to send them direct checks to help offset the costs that are coming as a result of an economic recovery that was faster than expected.”

Pressley said one approach supported by some lawmakers calls for one-time rebate checks to low-income renters and homeowners, low-to-moderate-income families, and individuals or small businesses that own vehicles below a certain size. They also want to see grants to small businesses affected by the pandemic. Republicans have advised saving the relief aid, pointing to future operating deficits outlined in a
report by the nonpartisan Independent Fiscal Office.

Most of the proposals are included in Gov. Tom Wolf’s “Brighter Pennsylvania” plan. GOP lawmakers have suggested the federal relief be used for a gas-tax holiday, which would cut the state’s gas tax by one-third through the end of this year. Pressley argued that kind of tax cut would mostly benefit large corporations, who use the roads for shipping.

“The record is very clear,” he said. “When gas taxes go down, wealthy oil companies do not reduce prices at the pump at the same rate, if at all. ”

All told, Pressley said, the proposed rebate checks and small-business grants would cost more than $3 billion, which is more than the state technically has left in federal funds. But Pressley said lawmakers placed most of the Rescue Plan dollars in the state’s general fund, which is on track to have a roughly $4.7 billion surplus at the end of the fiscal year. Some advocates and lawmakers believe Pennsylvania should pull from that fund to support the stimulus programs.