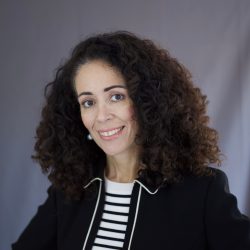 Over her more than 20-year career, Ms. Hernandez has held a series of increasingly responsible positions in Human Resources for organizations in healthcare, technology, and other industries. Her most recent assignment was as Senior Vice President for Human Resources for Brandywine Living, a provider of assisted living facilities with 32 locations in seven states. Prior to that, she worked for US Airways and American Airlines, managing human resources for 8,000 employees at more than 50 airports in the Midwest and Northeastern United States. She also directed HR for the Central Montgomery Medical Center in Lansdale and Threshold Rehabilitation in Reading.

Ms. Hernandez is a change agent and a strong employee advocate, and her specific areas of interest include employee recruitment, retention, and engagement. She is also deeply committed to diversity and inclusion, and expansion of Tower Health’s efforts in DEI will be an important area of focus.

Ms. Hernandez grew up in Reading and attended Reading public schools before earning a Bachelor of Science degree in Business Administration at Florida International University. She is also fluent in Spanish.