by Commuter Services of Pennsylvania 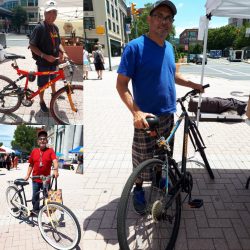 As a local environmental non-profit organization, Commuter Services of Pennsylvania is committed to serving our communities with a mission to make the air cleaner for everyone to breathe.  Every time someone decides to carpool, bike, walk, telecommute, vanpool or take transit, a step is taken towards removing pollution from the air.  With the increase of gas prices over the past few months, now is a great time to try a different green mode and see how much you can save!

In 2021, local commuters recorded their green commute trips in our free rideshare and rewards program, Commute PA while taking 2,162,994 miles off Pennsylvania’s roads, saving 92,443 gallons of gas, and returning over $1.2 million dollars of disposable income back in their pockets rather than their gas tanks.

This year, Commuter Services of Pa is celebrating Earth Day all month long and asking commuters to record their green commute trips in Commute PA.  Participants will be entered randomly to win three $100 Tango gift cards.

The randomly selected winners will receive a $100 Tango gift card.  The winners will be announced at the beginning of May.