by The Berks Alliance 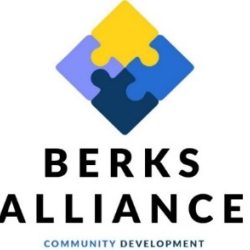 John Weidenhammer, Chairman of the Berks Alliance issued the following statement of support for the creation of Schuylkill River Passenger Rail Authority:

“The Berks Alliance is proud to have played an important role in the effort to return passenger rail service to Reading.  This project will have a significant, transformative impact on our region.  A study commissioned by the Berks Alliance has played an important role in this effort. Moreover, the creation of the Schuylkill River Passenger Rail Authority is the important next step in that vision becoming a reality. We are pleased that the Berks County Commissioners have supported the creation of this authority and anticipate that they will be joined by the Commissioners in Chester and Montgomery County.”

The study commissioned by the Berks Alliance in 2019, underscored that the restoration of passenger rail service between Reading and Philadelphia was not only feasible, but that it would have a significant impact in Berks County and all along the proposed rail corridor.  The restored service would reduce traffic congestion, creating a significant environmental gain.  The study estimated that the economic benefits would generate nearly $1.4 billion of increased income and create over 28,000 person years of new jobs.  Property values will increase by $1.1 billion, new development will occur along the corridor and it is believed that the restoration of service will stimulate redevelopment in the areas adjacent to the proposed stations. It will connect Berks County to not only Philadelphia, but will enable rail travel to New York and Washington.

This project has an important social aspect as well.  Passenger rail service will provide a travel option for many people in the region who may lack access to other means of transportation. Restoring passenger rail service will create new employment opportunities for residents and a means for employers to attract additional employees to the region. The project has already stimulated economic development in the greater Reading region.

Weidenhammer said he was proud of the work accomplished by the Berks Alliance.  “The study we commissioned and the public input we solicited was important to this effort.  We are pleased to have worked behind the scenes to solicit support from communities along the proposed corridor, to encourage the state government to support this project, to have helped secure federal funding support and the interest of AMTRAK and SEPTA.  The creation of the Schuylkill River Passenger Rail Authority is an important, essential next step.  We thank the Berks County Commissioners for their leadership.”

ABOUT THE BERKS ALLIANCE  The Berks Alliance founded in 2015 is a collaboration of the anchor institutions serving as a catalyst for community development in our region. Anchored in our community, the Alliance investors appreciate that collectively they can employ their resources to build a healthier, wealthier, and more vibrant community, while serving the interests of their organization.