Wolf Administration Reminds Drivers to Put Down Their Phones, Focus on the Roads 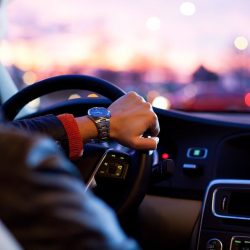 “Distracted driving is a serious safety hazard and Pennsylvanians should consider that distractions extend beyond just texting and driving,” said Humphreys. “Everything, from changing the radio station to eating, that causes a driver to take their attention and eyes away from the road or their hands off the wheel is a distraction.”

In Pennsylvania, the Texting-While-Driving Ban prohibits as a primary offense any driver using an Interactive Wireless Communication Device (IWCD) to send, read or write a text-based communication while the vehicle is in motion.

“We urge motorists to limit distractions when behind the wheel,” said PSP Lieutenant Adam Reed, Director of the Communications Office. “Nicer weather means more vehicles will be on the roadways, so please focus on getting to your destination safely.”

In a study conducted by the AAA Foundation for Traffic Safety, researchers found drivers can experience a “hangover effect” where the mind stays distracted for up to 27 seconds after using smartphones to send text messages, make phone calls or update social media.

“No driving distraction – whether texting or other operator activity – is ever worth the loss of life on the roadway,” said Vice President of AAA Insurance John Kubeika. “These senseless deaths can easily be prevented if drivers simply choose to focus on the core task of driving when behind the wheel.

“Driver safety and the safety of our roads have always been, and continue to be, top priorities for AAA and its members,” said Kubeika.

According to the National Highway Traffic Safety Administration, in 2019 distracted driving crashes killed 3,142 people in the U.S., an average of nine deaths per day. That number was up 10 percent from the year before (2,839 deaths in 2018). The AAA Foundation for Traffic Safety’s 2019 Traffic Safety Culture Index revealed distracted driving remains a growing traffic safety problem. The survey found most drivers (96 percent) believe typing or reading on a hand-held cellphone while driving to be very or extremely dangerous, but 39 percent admit to reading and 29 percent admit to typing on a smartphone at least once while behind the wheel.

“Distracted driving crashes and fatalities are on the rise in Pennsylvania,” said PennDOT Acting Deputy Secretary for Highway Administration Mike Keiser. “The simple choice to avoid distractions while behind the wheel will help keep you, your passengers, and other motorists safe.”

Commissioner Humphreys also noted that the average cost of an auto insurance policy in Pennsylvania has risen in recent years. In 2015, the combined average premium in Pennsylvania was $973.47. In 2019, that average rose to $1,102.76. The combined average premium is the sum of the average premiums for liability, comprehensive and collision on an auto insurance policy in the commonwealth and is published annually in the NAIC’s Auto Insurance Database Report.

Humphreys, alongside many of the Pennsylvania Insurance Department staff, have activated the settings on their phones to reject texts and emails while driving. This setting alerts individuals trying to contact someone who is actively driving that the person they are corresponding with is driving and will respond to their message when they have reached their destination.

“As the country begins to travel more, due to increased vaccinations and the loosening of mask requirements, more people are ready to get back on the roads for vacations, graduations and connecting to family and friends they have been separated from due to the COVID-19 pandemic,” said Humphreys. “We should all do our part to make our roads safer. If the phone doesn’t ding while we’re driving, we won’t be tempted to take our eyes off the road.”

Humphreys urges Pennsylvanians to contact their cell phone providers if they are uncertain how to activate the app or setting on their smartphone to decline texts and emails while driving.

PennDOT’s media center offers social-media-sized graphics highlighting topics such as seat belts, impaired driving, and distracted driving for organizations, community groups, or others who share safety information with their stakeholders.