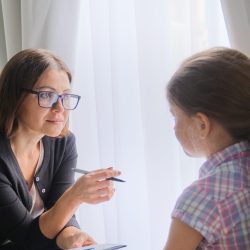 Advocates for juvenile-justice and child-welfare providers in Pennsylvania want the General Assembly to approve one-time funding to boost staff recruitment and retention to fight a labor-shortage crisis.

The Pennsylvania Council of Children, Youth and Family Services is requesting a $94.7 million infusion to support nearly 19,000 positions, both vacant and filled.

“If we don’t have the people that are willing or able to drive kids to visits to see their biological families, or to engage with a foster family, help get kids to appointments, they simply don’t get that service,” Vogler explained.

Among the state’s providers, 35% have a waiting list largely due to staff limitations, according to a council survey. Rep. Rosemary Brown, R-Monroe/Pike, and Rep. Carrie DelRosso, R-Allegheny, are asking for the funding to be part of the 2022-2023 fiscal year budget, which must be finalized by June 30.

Janna Brubaker, executive director of Families United Network, a child-welfare provider offering foster care, kinship care, adoption and residential services in most Pennsylvania counties, said part of the challenge is providers have to plan ahead with county agencies to set reimbursement rates.

“We cannot just change our rates based on the cost of doing business,” Brubaker argued. “We actually have to evaluate our rates almost 18 months in advance. It’s difficult to compete against Walmart or Amazon that are offering over $20 an hour. We can’t do that.”

Brubaker added Families United Network increased its wages during the pandemic, but still averages a 15% to 20% job vacancy rate. She thinks some increased funding could be used to provide bonuses, both for new and longtime staff.