The Suffers Come to the Miller Center for the Arts

by Miller Center for the Arts 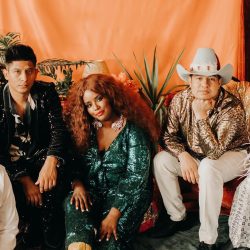 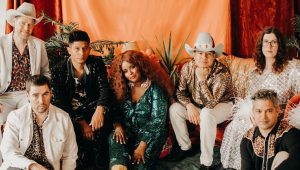 
There is a contagious and combustible energy every time the eight-piece band The Suffers steps on the scene. NPR’s Bob Boilen attributes the band’s allure to their “Soul, straight from horn to heart.” He adds, “This band is on fire when it’s in front of an audience…but the intensity of their shows are also captured in the studio.” Following The Suffers’ electrifying late night TV debut on Letterman in 2015, David Letterman exclaimed, “If you can’t do this, get out of the business!” There is something undeniable about The Suffers (whose name is a reference to the 1978 Jamaican film Rockers starring Leroy “Horsemouth” Wallace, Jacob Miller and Burning Spear, among others), that instantly hits home with their audiences. “We make music for all people,” says lead vocalist Kam Franklin. “At this point, we’ve played all over the world and one thing is certain – if the music is good, the people will enjoy it.” Since 2011, the H-Town heroes have been on a steady grind and have no plans of stopping.

The Suffers exploded onto the scene in 2015 with their dazzling EP Make Some Room, which was followed by their critically heralded self-titled debut in 2016. The Suffers’ released their latest record Everything Here on Shanachie Records July 13, 2018. Everything Here is the band’s most bold statement yet.  Lead Singer Kam Franklin states, “Our hope is that our fans walk away feeling empowered, resilient, and inspired to live a better life.”

Tickets go on sale Friday May 20th @ 10am. Want to pick your seats before the on sale? Join one of our membership programs for exclusive presale access.